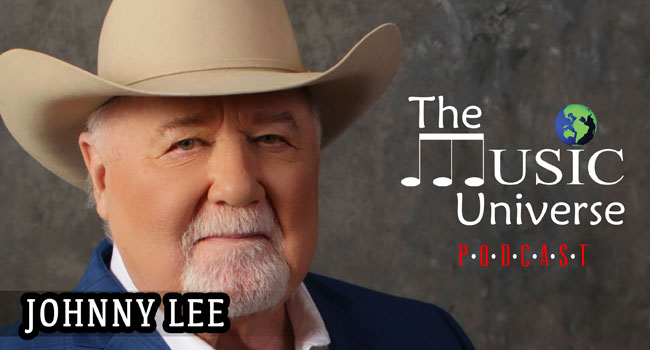 We premiere an exclusive new track ahead of album’s release

Johnny Lee has a new album out tomorrow (Fri, Feb 12th) called Everything’s Gonna Be Alright, and we have an exclusive world premiere of “Sawin’ On The Fiddle” on The Music Universe Podcast. You’ll also hear from Johnny himself about the new album and what’s ahead in 2021.

Check out our other Podcasts! Subscribe to us on Apple Podcasts, Spotify Podcasts, TuneIn and Pandora.

Johnny Lee was born in Texas City, Texas, and is a member of the Texas Country Music Hall of Fame. In 1968, he began a 10-year working relationship with Mickey Gilley, at the World Famous Nightclub Gilley’s in Pasadena, Texas. In 1979, Lee’s first screen role was in a TV film, The Girls in the Office, starring Barbara Eden and Susan St. James. He was then asked to perform in the film, Urban Cowboy, starring John Travolta and Deborah Winger. “Lookin’ For Love,” was included on the movie’s soundtrack, and became Lee’s first gold record. The song spent three weeks at No. 1 on the Billboard Country chart, and No. 2 on the pop chart. It later became one of the Top 100 Best Country Songs of all Time.

Lee’s familiar songs include a string of Top 10 hits, such as “One In A Million,” “Bet Your Heart On Me,” “Cherokee Fiddle,” “Sounds Like Love,” “Hey Bartender,” “You Could’ve Heard a Heart Break,” and many more. When not traveling and performing, Lee can be seen on many celebrity hunting and fishing shows, as well as on RFD TV’s Larry’s Country Diner & Country’s Family Reunion. Currently, Lee can be seen performing solo and together with Mickey Gilley on the Urban Cowboy Reunion Tour.