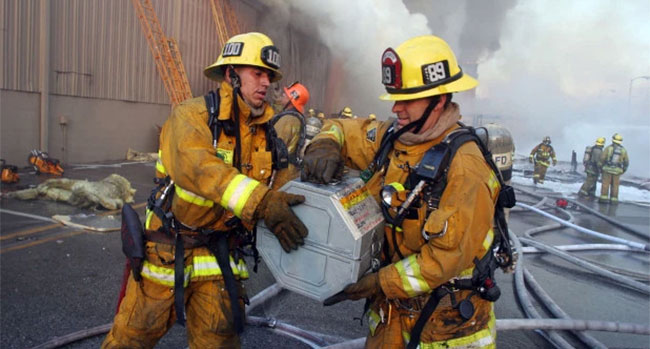 A who’s who of music history have lost master recordings

A follow up report by the New York Times reveals the names of hundreds of artists who’s work are owned by Universal Music Group (UMG) and are believed to have lost master recordings in a fire on the backlot of Universal Studios in June 2008. Potentially 500 thousand recordings representing artists from the 1940’s to the 2000’s on labels such as Decca, Chess, Impulse, ABC, MCA, Geffen, Interscope and A&M were lost in the blaze when Building 6197 on the Universal Studios Hollywood backlot went up in flames. The building was a 22,320-square-foot housing facility for TV and film masters that UMG also rented to store hundreds of thousands of its master recordings.

The report claims the list doesn’t represent all artists that UMG believes lost masters and also doesn’t state to what extent each artists’ work was lost in the fire. The partial list the NY Times published is culled from three separate UMG lists prepared for its “Project Phoenix” recovery effort, a global search for replacement copies and duplicates of destroyed masters. These lists were part of the company’s effort to compile a total tally of material lost in the fire, known as “the God List,” and has shown up in many company emails and other documents including litigation with NBCUniversal.

None of the artists or their representatives were contacted about their masters potentially being burned. Many found out two weeks ago when the NY Times first published their article, “The Day the Music Burned.” After reading it, Bryan Adams made sense of why he wasn’t able to obtain the masters for a 30th anniversary commemorative reissue for his fourth LP Reckless from the company.

“I contacted the archive dept of Universal Music,” Adams tells the NY Times, who was seeking “the master mixes/artwork/photos/video/film . . . anything.” The label could find nearly nothing from the project, so he began a wide hunt. “I called everyone, former A&M employees, directors, producers, photographers, production houses, editors, even assistants of producers at the time,” Adams says.

Adams eventually located a safety copy of the album’s “unmastered final assembly mix tape” in his own vault in Vancouver, but says couldn’t figure out what had happened. “I can tell you with 100 percent certainty that I couldn’t find anything at Universal that had been published to do with my association with A&M records in the 1980’s. If you were doing an archaeological dig there, you would have concluded that it was almost as if none of it had ever happened.”

Soundgarden, Tom Whalley on behalf of the Afeni Shakur Trust that oversees Tupac Shakur’s estate, Tom Petty’s ex-wife Jane Petty — who co-owns some of Petty’s masters, Hole and Steve Earle are part of a $100 million class action lawsuit filed against UMG last week. The plaintiffs are seeking to recover “50% of any settlement proceeds and insurance payments received by UMG for the loss of the Master Recordings, and 50% of any remaining loss of value not compensated by such settlement proceeds and insurance payments.” UMG reportedly valued its losses at $150 million during 2009 legal action against NBC for the fire.

At the time of the fire, UMG reps claimed their losses were minimal, but sources recently shared the company didn’t share the full extent of their losses for personal gain.

The suit comes after attorney Howard King, partner in King, Holmes, Paterno & Soriano, confirmed that “more than 10 but fewer than 100 clients” would be seeking damages for the loss.

“We have many very concerned clients This has a potentially huge impact on their future, coupled with the rather disturbing fact that no one ever told them that their intellectual property may have been destroyed. There is a significant amount of discussion going on, and there will be formal action taken.”

Last week, UMG Chairman and CEO Lucian Grainge wrote an internal memo to his staff, sharing, “Let me be clear: we owe our artists transparency. We owe them answers. I will ensure that the senior management of this company, starting with me, owns this.”

“Music preservation is of the highest priority for us and we are proud of our track record. While there are constraints preventing us from publicly addressing some of the details of the fire that occurred at NBCUniversal Studios facility more than a decade ago, the incident – while deeply unfortunate – never affected the availability of the commercially released music nor impacted artists’ compensation. Further, the story contains numerous inaccuracies, misleading statements, contradictions and fundamental misunderstandings of the scope of the incident and affected assets. In fact, it conveniently ignores the tens of thousands of back catalog recordings that we have already issued in recent years – including master-quality, high-resolution, audiophile versions of many recordings that the story claims were ‘destroyed.’ And it even goes so far as to praise some of our initiatives but does not attribute them to us.”