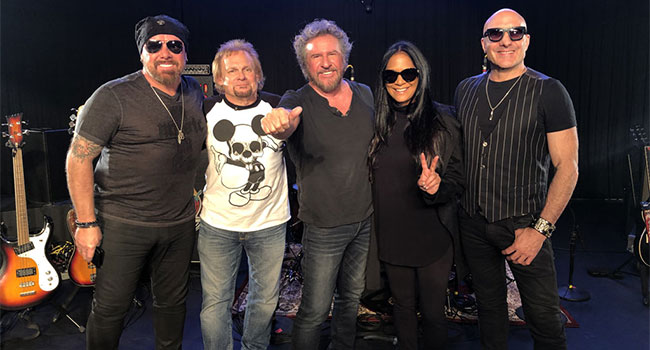 Iconic drummers Jason Bonham, Sheila E and Kenny Aronoff team up with Sammy Hagar and Michael Anthony for a percussion-powered rendition of The Safari’s 1963 megahit “Wipeout” in an all new episode of Rock & Roll Road Trip with Sammy Hagar. The episode airs on Sunday, July 21st at 8 pm ET on AXS TV.

In this exclusive first look, Hagar and fellow The Circle members Michael Anthony and Jason Bonham join iconic percussionists Sheila E. and Kenny Aronoff for a rendition of “Wipeout” with Anthony on bass, Hagar on guitar, and Bonham, E., and Aronoff taking care of drum duties. This star-studded jam session is an unforgettable rock moment that music lovers of all ages will not want to miss.

In addition to this powerhouse performance, Hagar sits down with the trio for a lively conversation as they discuss the enduring influence of Led Zeppelin drum master Jon Bonham, determine who was the best Beatle, and more.