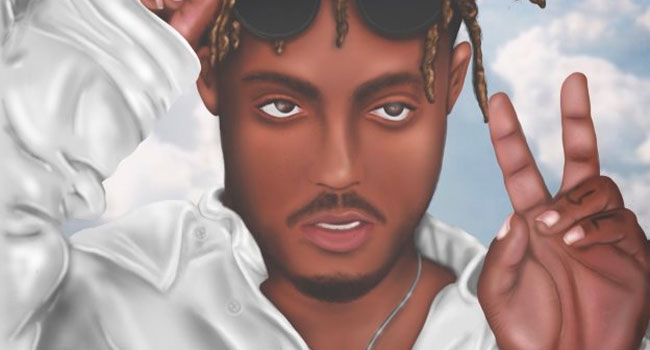 Interscope Records has released “Righteous,” the first posthumous release following Juice WRLD’s death on December 8th from a seizure. The 21 year old’s passing has left a huge mark on the hip hop world with tributes. Four months after his death, his new solo single with Steve Cannon-directed visual is released.

“Righteous” was written by Jarad “Juice WRLD” Higgins, Nick Mira, and Ryan Vojtesak. It was recorded at his home studio in Los Angeles, and is produced by Nick Mira and Charlie Handsome.

“Juice was a prolific artist who dedicated his life to making music. Choosing how to share his upcoming music with the world has been no easy feat. Honoring the love Juice felt for his fans while shining a light on his talents and his spirit are the most important parts of this process to us,” his family shares along with the track.

“Tonight we will be releasing a song called ‘Righteous’ which Juice made from his home studio in Los Angeles. We hope you enjoy this new music and continue to keep Juice’s spirit alive. Stay safe everyone.

Earlier this week, Juice’s mother, Carmela Wallace announced the establishment of the Live Free 999 Fund which will receive additional support via Grade A and Interscope Records.

The rapper released Death Race For Love in March 2019 which debuted at No. 1 on the Billboard 200 chart. Additionally, the project marked the second-biggest streaming week of any album released last year, with over 200 million global streams.