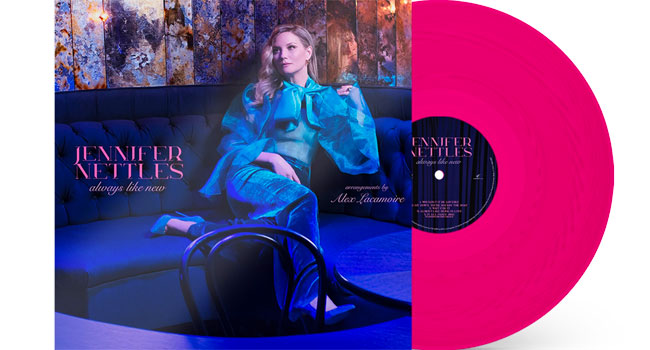 Sugarland frontwoman, actress and Broadway performer Jennifer Nettles is set to release her first-ever Broadway album Always Like New on June 25th via Concord Records. The album is a genre defying reimagination of the American Songbook that features Nettles’ exquisite voice paired with timeless interpretations of both contemporary and classic repertoire with a guest appearance by Brandi Carlile.

Songs from Broadway’s Hamilton, Dear Evan Hansen, My Fair Lady, Guys and Dolls, The Bridges of Madison County, Oklahoma and others are featured.

The album was produced and arranged by Nettles and award-winning musical director, arranger & composer, Alex Lacamoire.