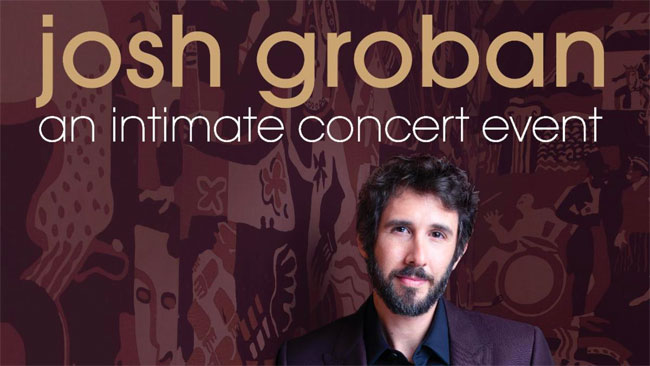 Tickets for the livestream concert will go on sale June 1st at 1 pm PST with the FOJG exclusive pre-sale and general on-sale will begin Wednesday, June 3rd at 1 pm PST at JoshGroban.com. Extremely Limited VIP Packages and special merch offerings, including an official event t-shirt with $5 of each sale going towards Groban’s Find Your Light Foundation, will also be available to fans. Fans who purchase a ticket will receive an access code to watch the livestream, and the stream will be accessible for 48 hours at the start of the event.

While currently unable to gather together in person, due to COVID-19, Groban has been connecting with fans from all over the world, online. Every other Thursday, he hosts a Movie Night on his YouTube channel for one-time only screenings of his concert films, with Groban giving commentary, chatting with fans and answering questions throughout. The next Movie Night will take place on Thursday, June 11th at 8 pm ET with Josh Groban in Concert. Fans can also follow the hashtag #showersongs on his social media accounts to see special musical performances from Josh, filmed at home.

Last Sunday, Groban was featured on CBS Sunday Morning where he talked to Tracy Smith about dealing with isolation, the postponement of his Great Big Radio City Show, learning to cook, singing in the shower and working on new music. Groban also showcased a beautiful, brand new song entitled “Your Face.”