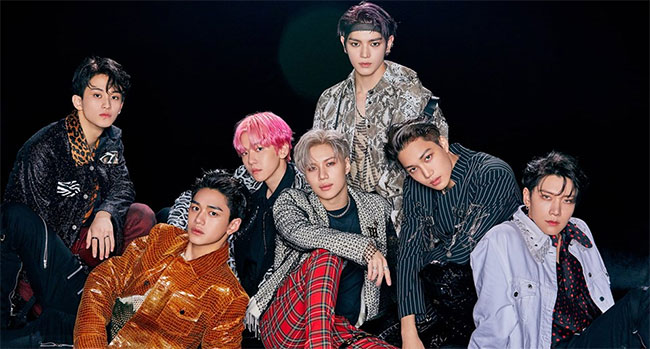 K-pop all-star group SuperM will launch its first series of live shows on November 11th at Dickies Arena in Fort Worth, TX. The first leg will include a November 19th show at New York City’s Madison Square Garden. Kicking off on January 30, 2020 at Viejas Arena in San Diego, the second leg will include a February 1, 2020 concert at The Forum in Los Angeles – one of four West Coast dates. The U.S. outing will conclude at Rogers Arena in Vancouver, BC on February 6, 2020.

Tickets for the live shows, which are being produced by Live Nation, go on sale Saturday, October 5th at 10 am local time at SuperMofficial.com. In celebration of the band’s first series of live dates, the majority of tickets at all shows are priced at $50 (plus fees) with a limited number of premium tickets available through VIP Packages and Platinum. Every online ticket purchased for the run will include a CD of the band’s debut EP – The 1st Mini Album ‘SuperM’ – set for release on October 4th via Korea’s largest entertainment company, SM Entertainment, in partnership with Capitol Music Group (CMG) and Caroline.

NME said, “’Supergroup’ is a term that’s thrown around a lot these days…[SuperM] is a band worthy of that tag, pulling together some of Korea’s most talented artists from some of SM’s most iconic male groups.” Its seven members – Taemin from SHINee, EXO’s Baekhyun and Kai, NCT 127’s Taeyong and Mark, and Ten and Lucas of Chinese band WayV – have sold more than 14 million adjusted albums combined globally and amassed nearly four billion online video views worldwide. With their respective bands, they’ve performed for over seven million people around the globe.

The 1st Mini Album ‘SuperM’ features five tracks with many artwork options. Bundles featuring the EP and a choice of eight augmented reality t-shirts (one for each member and a group t-shirt) are available via the group’s online store.