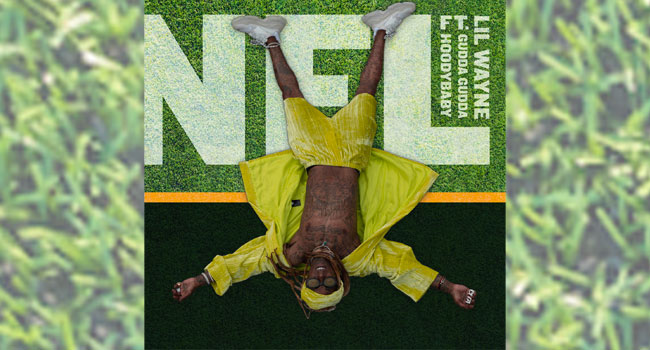 Multi-platinum, Grammy Award-winning music icon Lil Wayne is ringing in football season with a new single “NFL” feat. Gudda Gudda & HoodyBaby released via Young Money Records/Republic Records. Produced by Boi-1da and !llmind, the track will serve as the soundtrack for Thursday Night Football on Amazon Prime Video this season, which kicks off Thursday, Oct. 8 between the Tampa Bay Buccaneers and Chicago Bears.

The “NFL” single follows the release of the highly anticipated Tha Carter V Deluxe Edition, the 33-song album includes new contributions from Raekwon, 2 Chainz, Gucci Mane and Post Malone. Wayne has been on a hot-streak in 2020 – releasing his fifth No. 1 album Funeral, as well as releasing fan-favorite projects on digital streaming platforms, including Free Weezy Album (FWA) and No Ceilings Mixtape. Wayne also showcased his undeniable talent as a host with the launch of the highly successful Young Money Radio on Apple Music, which featured an all-star lineup of guests including Dr. Dre, Drake, Eminem, Nicki Minaj, Twitter CEO Jack Dorsey, Dr. Anthony Fauci , Kevin Hart and many more.