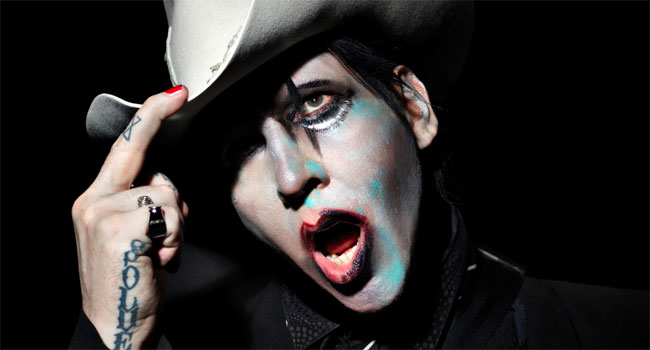 Shock rocker Marilyn Manson has teamed with Shooter Jennings for producing duties on his new album We Are Chaos, available September 11th via Loma Vista/Concord. The ten track album features the title track which impacts radio on August 17th.

“Shooter and I had a shared love for Bowie’s era with Brian Eno. I wasn’t afraid to try new things with him writing the music. He also helped me to be unafraid to try old things. As a producer he really pushed me to be both new and still true to what the core of Marilyn Manson is. His perspective added the trans-dimensional element that I was always looking to tap into,” Manson says. “When I listen to We Are Chaos now, it seems like just yesterday, or as if the world repeated itself, as it always does, making the title track and the stories seem as if we wrote them today.”

The album will be available in a variety of configurations including CD, hot pink shimmer LP, deluxe 180-gram splatter vinyl with a bonus 7″ and on silver glitter cassette. An “Infinite Darkness” picture disc is also available for collectors.