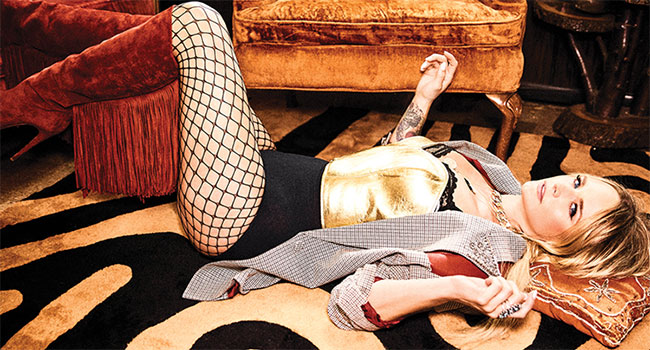 “’Mess with My Head’ is a departure from anything that I’ve done before,” Lambert shares. “It has a real rock edge. Part of that comes from my co-writers, Luke Dick and Natalie Hemby, and the other part of that comes from spending time in New York City. Being there has put a new energy into my music and my writing.”

Her recently-released single “It All Comes Out in the Wash” set a career high upon its release to country radio on July 21st, with 112 Billboard and Mediabase/Country Aircheck stations and SiriusXM The Highway onboard in its first week. Co-written by Lambert and The Love Junkies (Hillary Lindsey, Lori McKenna, Liz Rose), critics have praised the “infectious, tongue-in-cheek tune” (Billboard) as a “delightful, sprightly rocker” (Rolling Stone) and a “cute-as-hell country bop” (NPR). The Grammy Award winner also responded to fan demand by dropping “rockabilly banger” (Stereogum) “Locomotive,” which she recently performed on CMA Fest and co-wrote with Ashley Monroe and K.S. Rhoads.

“It All Comes Out in the Wash,” “Mess with My Head,” and “Locomotive” are available now on all streaming platforms and digital retailers.

Lambert will hit the road for the Roadside Bars & Pink Guitars Tour this fall, with special guests Maren Morris and Elle King, as well as Pistol Annies, Tenille Townes, Ashley McBryde and Caylee Hammack on various dates. Tickets are on sale now.