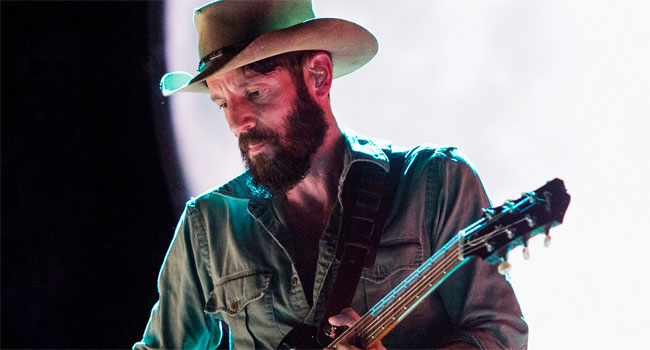 Grammy Award winning artist Ray LaMontagne’s latest single “Strong Enough” is No. 1 at AAA radio. The No. 1 marks LaMontagne’s No. 1 and ninth Top 10 at the format. The track has been No. 1 on the BDS/Neilsen chart for the fourth consecutive week and officially No. 1 at Mediabase this week.

“Strong Enough” is the first single from his eighth studio album Monovision out now via RCA Records. The ten track album sees LaMontagne not only writing and producing the album once again but also includes added duties of engineering as well as performing all the instruments for the tracks.

Upon release if the album, critics raved about the album. The Associated Press called the album, “stunningly refreshing,” while No Depression said Monovision is “one that best represents his artistic core,” and American Songwriter states, “Both LaMontagne’s craftsmanship in the composition of these songs and his easygoing, unaccompanied playing will come as comfort food to established followers who should welcome this most organic return to his roots.” Internationally, MOJO’s four star review claimed Monovision is “further proof LaMontagne is among the finest singers of his generation” while Uncut Magazine gave the album seven out of ten rating.

Ray LaMontagne has released eight studio albums, six of which have reached Top 10 on Billboard’s Top Rock Albums chart and Billboard’s Digital Albums chart. Additionally, his 2010 album God Willin’ & the Creek Don’t Rise won the Grammy for Best Folk Album and was nominated in the coveted Song of The Year category for “Beg Steal or Borrow.”

Each release from his catalogue over the last 16 years carries its own character and feel. Having worked with producers Ethan Johns, Dan Auerbach of the Black Keys and Jim James of My Morning Jacket, LaMontagne’s vast sonic catalogue has been called everything from “a perfect throwback to the lost art of the album-length format,” from Entertainment Weekly to “epic and magical,” from Rolling Stone and “gorgeous and ambitious,” from Esquire. NPR’s All Things Considered said that LaMontagne throughout the course of his career “has continued to push himself in different directions,” while People called LaMontagne a “marvel of nature.”