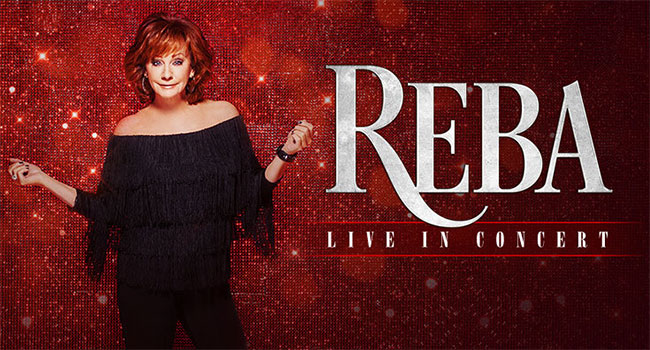 Out of an abundance of caution, country icon Reba McEntire has made the decision to reschedule her upcoming arena tour, scheduled to launch in July, to summer 2021. The newly rescheduled dates launch July 8, 2021 in Evansville, IN and wrap August 14, 2021 in Grand Rapids, MI. Previously purchased tickets will be honored for all dates. If fans are unable to attend the new dates they will receive an email explaining how to request a refund.

“I can’t wait to see everybody when we know it’s safe to gather again,” shares Reba. “We’ve worked so hard on this new show and I’ll be ready to go as soon as we get the green light!”

Reba mentions her previous concert specials are being prepped for streaming during this down time. No further details were released as of press time.

Yesterday (Mon, May 18th), Reba appeared on NBC’s TODAY as well as Entertainment Tonight to promote the updated music video she recently released for her timeless song “What If.” Reba felt compelled to re-release the song as an encouraging message of hope and positivity. Written by Diane Warren and originally released in 1997, fans can listen to the uplifting track for the first time ever on streaming and watch the new video compiled with COVID-19 workers and more.

COVID-19 has also forced the spring dates of her Vegas residency with Brooks & Dunn to be postponed while the summer shows canceled. No new dates have been set as of press time.

McEntire and Hammack are set to promote their tour with a re-recording of Hammack’s “Redhead.” That single — initially scheduled for spring — is now set for June 26th as an instant grat track with pre-orders of Hammack’s upcoming album.