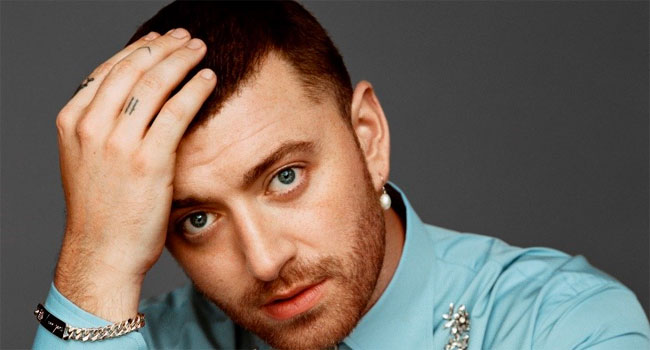 To celebrate the release of their forthcoming album Love Goes, Sam Smith returns to the iconic Abbey Road Studios for a world exclusive livestream pay-per-view performance, in partnership with American Express.

For this exclusive show, Smith will be singing tracks old and new with intimate performances of the GRAMMY Award winning “Stay With Me,” “Lay Me Down” and “Too Good At Goodbyes,” as well as treating viewers to the world premiere of new music from the eagerly anticipated album, including new single “Diamonds.”

American Express has been dedicated to keeping Cardmembers connected to the world of entertainment for over 25 years. As presenting partner of Sam Smith, Live at Abbey Road Studios, American Express Cardmembers will enjoy access to exclusive content and packages via its website.

The new album builds on the 30 billion career streams Smith has amassed and the global success of the multi-platinum debut and sophomore albums, In the Lonely Hour and The Thrill of It All. Smith worked with world-renowned British fashion photographer/filmmaker Alasdair McLellan (Vogue, Kim Jones, Louis Vuitton) for the Love Goes artwork.

Love Goes will be available on CD, 2 LP and clear cassette. Fans who pre-order the digital album will instantly receive “Diamonds” plus “My Oasis,” “Dancing with a Stranger,” the chart-topping collaboration with Normani that has sold more than 13 million units and racked up over 2.5 billion streams worldwide, “To Die For” and “How Do You Sleep?”

The new album also features collaborations with Labrinth (“Love Goes”) and Calvin Harris (“Promises”). Love Goes follows 2017’s The Thrill Of It All, which debuted at No. 1 on the Billboard 200 and also topped the charts in the U.K., Ireland, New Zealand, Norway, Sweden, the Netherlands and Belgium. Awarded four stars by Rolling Stone, the album included the hit single “Too Good At Goodbyes,” which recently became Smith’s second song to receive over a billion streams on Spotify, after “Stay With Me.” Smith, who has won GRAMMY, BRIT, Golden Globe and Oscar awards, recently featured on Tiwa Savage’s new song, “Temptation.”