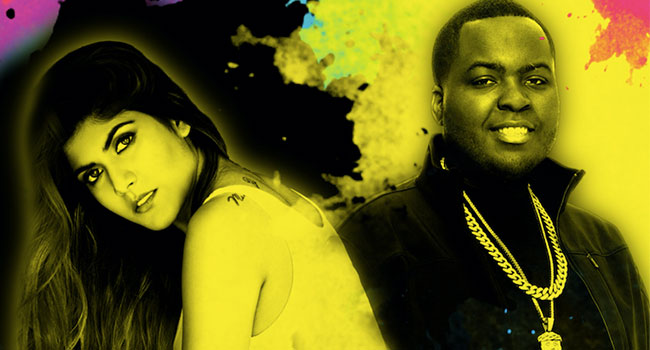 Song is first collaboration between the two artists

Kingston first took the world by storm with his debut single “Beautiful Girls” back in 2009. He linked up with Ananya, the only homegrown artist to go platinum singing in English in India, when they shared the stage for his 2018 worldwide tour. Their mutual artistic admiration led them to the studio in LA for their first creative collaboration.

Co-written by Kingston and Ananya and self-produced, “Day Goes By” marks one of the first major pop collaborations between a US and Indian artist.

Kingston, whose forthcoming album, Made In Jamaica, is set to feature Chris Brown, Tinashe and Justin Bieber, shares, “It was so beautiful and easy to work with Ananya. We linked up in India and she played me a few of her records and Immediately I knew our sound together would be dope!!”

Speaking about how the single came about, Ananya adds, “Day Goes By is for anyone who’s lost their mind in love… It’s been brewing for a little while now: Sean and I knew we wanted to make something that captures that intoxicating feeling, and also make it super fun – something that people could dance to. When we got into the studio it all came together so quickly and organically. Sean’s an amazing collaborator and there was always such a positive vibe. I’m so excited to share it with the world!”

It has been a big year for both artists. Kingston just finished a sell out 17 show world tour and released his latest track “Peace of Mind” in April. Ananya, who has racked up nearly 200 million streams since signing with Universal in 2016 and was recently named as one of GQ’s most influential Young Indians, dropped her debut EP Fingerprint in May which included the hit single “Blackout” featuring Vector and WurlD. This month, she opened for Wiz Khalifa on his India tour.