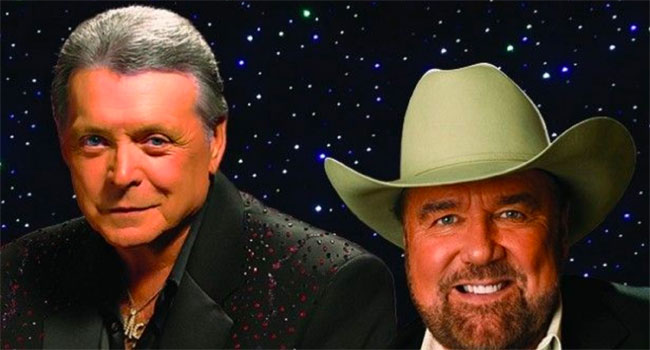 In honor of the 40th anniversary of the movie and soundtrack phenomenon, Urban Cowboy, country legends Mickey Gilley and Johnny Lee will co-host an exclusive one-hour special on SiriusXM Willie’s Roadhouse. The special will feature tracks from the hit soundtrack as well as special guests; Anne Murray, Boz Scaggs and Brian Collins. Fans can tune in on SiriusXM radios (channel 59) and on the SiriusXM app.

“When they told me that John Travolta might do the film Urban Cowboy it dawned on me that at that time he was just coming off of Saturday Night Fever, and my first thought was this could be a country night fever,” states Mickey Gilley. “It was a really great ride that just keeps on going.”

Urban Cowboy gave way to a birth of honky tonk culture in America and reintroduced the American populace to a love of country music. USA Today’s Jim McKairnes recalls how “the music heard on screen in Gilley’s Club – a real and celebrated honky-tonk co-owned by country performer Mickey Gilley – was heard across the country as one club after another, in big cities and small, cashed in on a boot-scooting surge.”

Country music artist Mickey Gilley has been wowing fans with his haunting sound of Louisiana rhythm and blues since 1957. The Mississippi native grew up with his two famous cousins, Jerry Lee Lewis and Jimmy Swaggart, surrounded by the influence of music. Gilley made his chart topper debut with his song “Is It Wrong For Loving You,” and gained a total of 39 Top 10 hits, 17 of those making it to the No. 1 spot. After moving to Pasadena, Texas, in 1971, he opened his world famous honky-tonk nightclub, Gilley’s. In 1980 he appeared in the film Urban Cowboy alongside John Travolta, Debra Winger and Johnny Lee, and later went on to star in numerous popular television series including Murder She Wrote, The Fall Guy, Fantasy Island and Dukes of Hazzard. He has earned numerous accolades including six ACM awards, a star on the Hollywood Walk of Fame and was inducted into the Texas Country Music Hall of Fame. Now in his 80s, Gilley is currently on the Urban Cowboy Reunion Tour with Johnny Lee, playing more than 40 dates across the United States in 2019.

Gilley spoke about the film’s impact with us earlier this summer on The Music Universe Podcast.