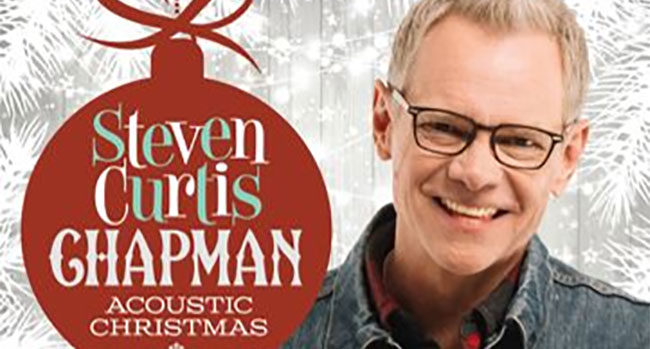 Award-winning Christian music singer–songwriter Steven Curtis Chapman will perform an acoustic Christmas show in the CMA Theater at the Country Music Hall of Fame and Museum. The event will be held Thursday, December 19th at 7:30 pm at the CMA Theater in Nashville.

Chapman is the most awarded artist in Christian music history. In a career that has spanned more than 30 years, he has won 58 Gospel Music Association Dove Awards, five GRAMMYs and an American Music Award. In addition, he has had 49 No. 1 singles and sold more than 11 million albums, with ten RIAA-certified gold and platinum albums to his credit.