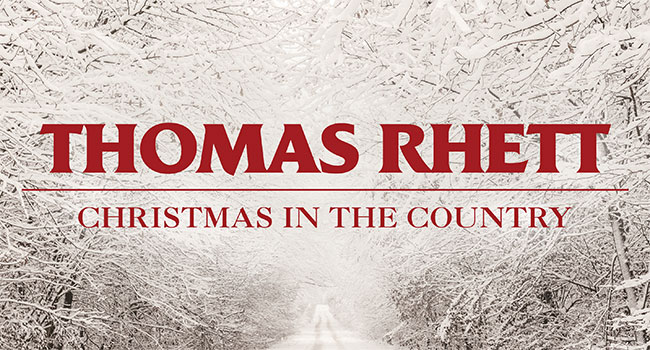 “Christmas in the Country” and “The Christmas Song” available digitally

“Christmas is hands-down my favorite time of year,” Rhett shares. “We have so many Christmas traditions in our family that include a lot of festive music, but I’ve never recorded anything myself. Lauren has wanted me to make some Christmas music for a long time, so this year felt like the right time to finally take a stab at writing something and to put my own twist on one of the all-time classics.”

Having “comfortably grown into his role as a star with something to say” (Billboard), Thomas Rhett earned a Best Country Album GRAMMY Awards nomination for Center Point Road, his second consecutive No. 1 on the Billboard 200 Albums Chart in less than two years. Later this weekend, the reigning ACM Awards Male Artist of the Year is both nominated and performing at the 2019 American Music Awards. Tune-in Sunday, November 24th at 8 pm ET on ABC to see the 13-time chart-topper perform his platinum-selling No. 1 hit “Look What God Gave Her.”