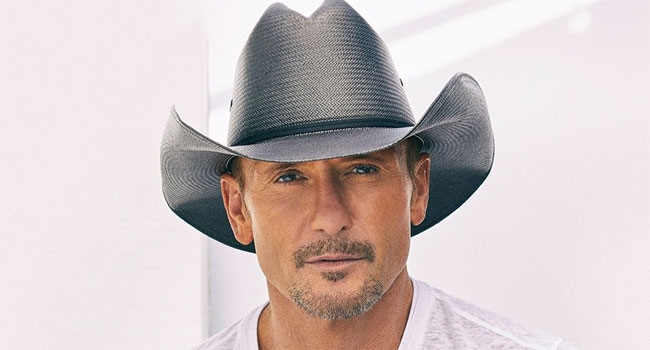 Tim McGraw has set “I Called Mama” for release on May 8th, just in time for Mother’s Day. Seen through the lens of the special connection we all share with our mothers, the song is a look at the ways we ground ourselves when we are shaken or hurting. Particularly meaningful given the current times, it’s a reminder of the importance of home and human connection. Written by Lance Miller, Marv Green and Jimmy Yeary, the song was produced by McGraw and Byron Gallimore and is the first new music from the country superstar since returning to Big Machine earlier this year.

“‘I Called Mama’ is a song about connecting back to what grounds us when life shakes us up,” McGraw shares. “Literally, it’s about reaching out and calling your mom and realizing you should call more often. But really it’s about those moments when life rattles you and the simple things you do to get your center back. Maybe it’s driving around for a while thinking or stopping off someplace familiar and just sitting still. But most importantly it’s connecting with someone who matters to us, who knows and loves us that helps us get through it. That can be your mama or your wife or husband or your dad or best friend, but human connection – the sound of someone’s voice – bings us back to a feeling of safety and just….ok, it’s gonna be alright.. It’s easy to think we don’t need it when times are good, but we do. I always think, man why do I wait so long to call?”

The single will launch with a lyric video containing some never-before-seen footage of McGraw as a baby with his mom. Also, McGraw has asked fans to send in videos and photos of their moms to be included in the larger scale music video releasing later this month.

“Mother’s definitely deserve to be honored more than one day a year. We’ve have had such an incredible response of people sharing their special Mama videos, we are going to get you something really special in a few weeks,” McGraw adds.

The song is expected on his upcoming Here On Earth album. McGraw resigned with Big Machine earlier this year, following his departure from Sony Music Nashville where he spent three years and released a duets album with wife Faith Hill.