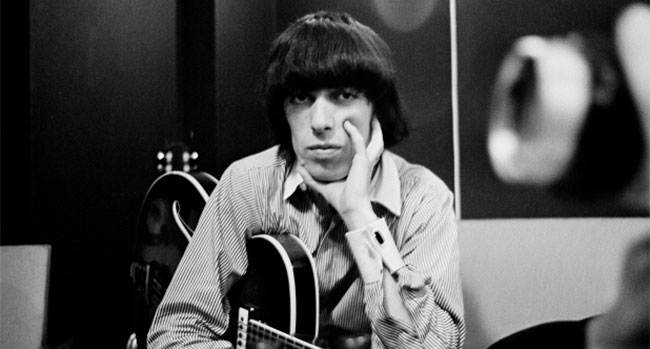 The Quiet One is about original Rolling Stones bassist Bill Wyman

Long known as the “quiet one” of the world’s greatest rock and roll band, The Rolling Stones’ original bassist Bill Wyman is the subject of Oliver Murray’s documentary on the least well known of the Stones. Maybe least well known is not quite accurate; Wyman spent 30 years as the Stones’ bassist, appearing on every album from the beginning until he left the band in 1993, touring the world many times over, and his controversial marriage to an 18-year-old bride over 40 years his junior that made tabloid headlines, he is actually quite well known. But the documentary, narrated by Wyman himself, is really the first time we get to know the real Bill Wyman, the person who — unlike his more flamboyant band members Mick Jagger and Keith Richards — we the public never really got to know until now.

Screening at this year’s Tribeca Film Festival, The Quiet One uses new and archived interviews from other members of the Rolling Stones, as well as rare video and photographs from Wyman’s own personal collection. During his time with the Stones, Wyman rarely went anywhere without a camera, documenting everything with his extensive collection of cameras, something that is mentioned prominently in the documentary. As sort of the Stones’ unofficial photographer, Wyman recounts meeting with the Stones, then a pure blues band who hired this older, Army veteran to be their bassist despite his being a rock and roll fan. He stood out by being stone-faced and still on stage while Jagger pranced around, and Richards and Brian Jones tried to one up each other on guitar. It was Wyman and Stones’ drummer Charlie Watts that focused more on playing, not theatrics, that really gave the music edge.

Then came 1963 and The Rolling Stones broke big and became the biggest rock and roll band in the world ever since. Wyman was there and he has the stories to tell.

Perhaps due to his difficult childhood, military background, and being the old man of the group The Quiet One reveals how Wyman avoided drug use, mostly, but happily took advantage of some rock and roll excesses (women being at the top of the list). His storytelling is somewhat bland, very black and white, non-expressive, and when asked about some of the controversies such as Altamont or his marriage to a “teenage bride” he mainly avoids talking in-depth about those experiences.

The Quiet One is still a very captivating music documentary about the quietest member of The Rolling Stones (now 83 but still making music). It’s certainly not the most informative, nor the best documentary of the Rolling Stones but it does provide a different look back and perspective on the greatest rock and roll band in the world.