Widespread Panic brings in 2019 with shocking return of ‘The Waker’

Widespread Panic closed out their three-day run at Atlanta’s Fabulous Fox Theatre on Monday (Dec. 31) with an emotional performance and the return of “The Waker.”

The band kicked off their three-day run at the Fabulous Fox Theatre in Atlanta, Ga on Saturday night, with their first ever “Vacation” show-opener.

Set One:
Vacation, Send Your Mind, Up All Night, Walk On, Walkin’ (For Your Love), Fishwater > Bear’s Gone Fishin’ > Papa’s Home > Fishwater

Night two was opened with a slow version of “Porch Song,” (Front Porch) while the Sunday show was concluded with a closing encore of a normal-paced (Back Porch) version.

The New Year’s Eve show began the first set with a seated John Bell as the band opened up with a stirring rendition of Buffalo Springfield’s, “For What It’s Worth.”

Widespread Panic rang in 2019 with more than balloons, and confetti. Following the celebratory countdown to the New Year, issued by bassist Dave Schools and Tour Manager Steve Lopez, the band returned to stage. Fans stood in awe, with many in tears, as Panic opened up the third set of the night with “The Waker.”

Written by the late co-founding guitarist of Widespread Panic, Mikey Houser, the song has been left untouched by the band following Houser’s last performance of it in 2002 at Red Rocks. 1,083 performances have gone by since fans last heard the song played live, leaving many to believe “The Waker” had been retired forever.

Set One:
For What It’s Worth, Ain’t Life Grand, Genesis, Blight, May Your Glass Be Filled, Space Wrangler

Gloria Ruth Finney is a Music Journalist based in Nashville, TN. She uses her experience as a multimedia journalist and on-air reporter to produce creative content by combining her passions for music and news. 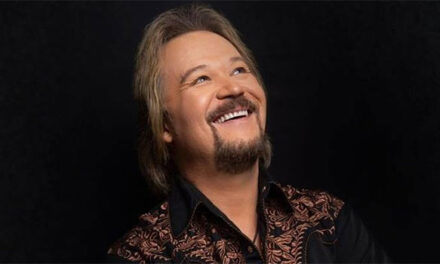