The world-renowned musician performed for two and half hours

A Yanni song is like a puzzle: it is not complete without all the pieces. Luckily, all those pieces were in place last night (July 10th) at the Sands Bethlehem Event Center.

Taking the stage shortly after 8 pm, the New Age composer and pianist played a set list containing over 20 songs. With a career spanning over 30 years, Yanni’s catalogue of music is so deep, the night could have gone in several directions. In fact, it was not until after his breakout song, “Keys to Imagination,” four numbers in, that Yanni even stopped to address the crowd, pointing out that he made good on his promise to return to the Lehigh Valley.

And the crowd was ready to address Yanni. Lest you think New Age and World Music listeners are stuffy prudes without energy, the night was peppered with women and men screaming out, “We love you Yanni!” And Yanni loved them (and the attention) right back.

The over two and a half-hour concert featured songs both old and new. Yanni even said himself, “We’ve got some old stuff, some new stuff, some middle stuff. We’ve brought everything.” And bring it they did. With a minimal but very effective light show that added a visual element to Yanni’s complex compositions, both the musicians and the crowd became lost in the music.

Yanni’s incredible band consisted of 11 band members for the fullest sound possible. He tours with two drummers, including longtime drummer and friend Charlie Adams. There are three violinists, a cellist, an upright bass player, one bass guitarist, and a keyboard player. His horn section consists of a trombone player and a trumpet player. Rounding out Yanni’s company, and bringing the total of accompanying musicians on tour up to 13, is Yanni’s two female vocalists.

The band members were showcased and introduced throughout the night. Whether it was violinist Samvel Yervinyan’s ability to put a moment to sound on “Until the Last Moment,” or Lauren Jelencovich’s gorgeously operatic voice on the newly-rearranged “Nightingale”, Yanni made sure he was not the only star of the show.

Most of the night, Yanni spent running between two sides of the stage: his grand piano and what I affectionately call Keyboard World, a collection of eight stacked electric keyboards that allowed him to put any sound in the world at his fingertips. And command them he did. Yanni wore two hats as both lead keyboardist and conductor of his world-class orchestra. A feat only someone as vastly talented as the Greece-born musician could pull off.

Yanni knew what the people came to see, and back-loaded his show with all the hits. It started as he introduced his trombone player, Dana Teboe. With a short solo, Teboe kicked off the dance number (and personal favorite) “Niki Nana.” A mosh pit developed in front the stage, with Yanni discouraging ushers from shoeing people away, embracing them by leaving Keyboard World to high-five the dancers. From there, Yanni launched into a rousing edition of “Santorini.” After leaving the stage, Yanni returned for “Standing In Motion,” “Nostalgia,” and closed out the evening with “The Storm.”

During “Niki Nana,” I, like the rest of the crowd, was moved to get up and dance. But the woman who started it was an energetic senior citizen, sitting two chairs away from me. She got up and made a beeline for the stage. Her name was Joy. How appropriate, for Yanni’s music brings joy the world over. 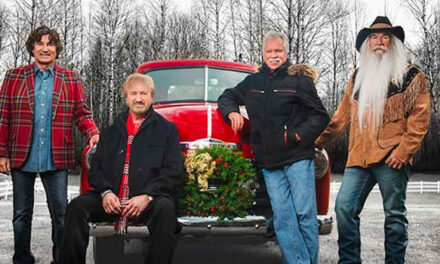 What I’m thankful for this holiday: The Oak Ridge Boys return to live performing 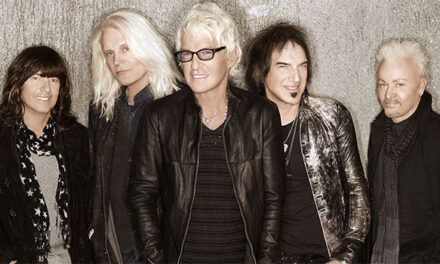 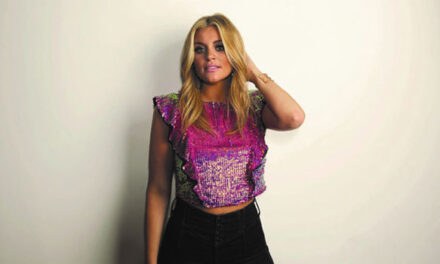 Lauren Alaina is not waiting around for anyone else