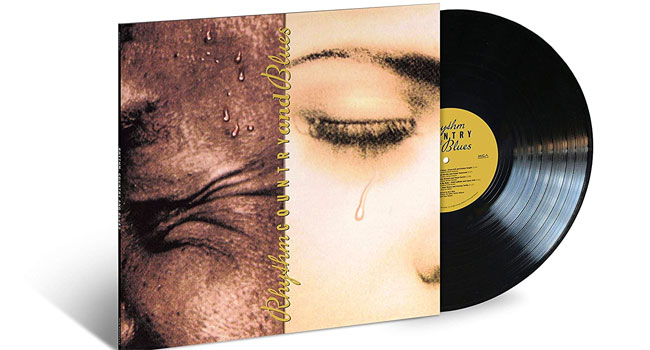 Recognizing the undeniable impact of black music on over a century of artistry throughout popular culture, Rhino Records celebrates Black History Month with a series of high-profile vinyl reissues, first-ever digital releases, initiatives, activations, and collaborations.

The celebration commences on February 5th, with the release of Donny Hathaway’s A Donny Hathaway Collection on 2 LP purple vinyl, George Benson’s Breezin’ on blue/beige vinyl and The Jungle Brothers Done By The Forces of Nature (Deluxe Edition) digitally, and will continue throughout the month with the limited edition, colored vinyl releases of classics by everyone from Aretha Franklin and Curtis Mayfield to Lil’ Kim and Ray Charles, among others.

February 12th sees a pair of colored vinyls hitting the shelves. Roots will be pressed on orange vinyl with There’s No Place Like America Today being available on blue vinyl in North America only.

February 19th sees Aretha Franklin Young, Gifted and Black on burnt orange vinyl and Sheila E …The Glamorous Life pressed on teal vinyl. The same day, Geffen will also issue the 1994 compilation Rhythm Country and Blues on vinyl for the first time ever. The album features collaborations between Reba McEntire and Natalie Cole, Travis Tritt and Patti LaBelle, George Jones and B.B. King and others. The album was certified platinum and peaked at No. 1 on the Billboard Country Albums, No. 18 on the Billboard Top 200 and No. 15 on the Billboard R&B/Hip Hop Albums chart upon its original release.

Also arriving across the month will be many albums and deluxe editions making their digital debut from artists including Nina Simone, Adina Howard, Tevin Campbell, and many more.

Rhino will be working with black-owned independent record stores throughout the U.S. to offer prints of alternative covers for each of the limited edition vinyl releases reimagined by a young artist of color. These prints will be offered as a gift with purchase for each of the nine vinyl titles that are part of the campaign. Throughout the month, fans can visit rhino.com for a list of these stores and testimonials from each visual artist about the way these albums influence their life, art, and outlook.

These legendary black artists created the soundtrack to cultural, social, and political revolutions when the world needed it. They’re undeniably as necessary as ever in 2021 as they continue to amplify messages of truth, hope, and change on tape.

Quite fittingly, 2021 also marks the 50th anniversary of Donny Hathaway’s heart-wrenching classic “A Song For You.” Hathaway immortally urged, “And when my life is over, remember when we were together,” and this month offers us a chance to come together once again in celebration.