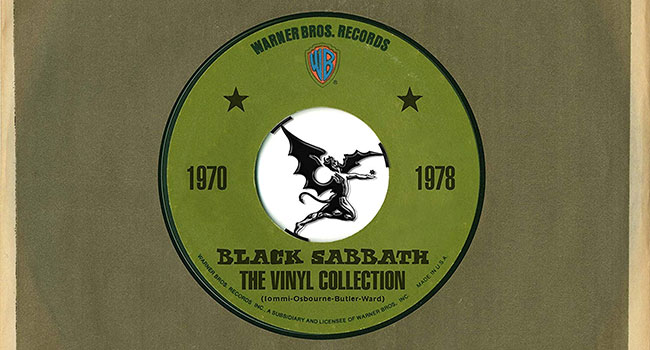 Rhino has announced Black Sabbath: The Vinyl Collection 1970-1978 nine LP set for September 6th. The new collection spans the Rock And Roll Hall Of Famers’ first eight years with that includes 180-gram vinyl pressings of the band’s eight studio albums from the era, along with a new mono singles collection. The set also comes with a seven-inch single featuring “Evil Woman (Don’t Play Your Games With Me)” and “Wicked World,” a single that wasn’t originally released in North America. Also included in the set are reproductions of the original tour books from this era. The set will be produced in a limited, numbered edition of three thousand copies.

The Vinyl Collection 1970-1978 also comes with Monomania, a new compilation of mono versions for several key songs from the Black Sabbath catalog, including edited versions of “Iron Man,” “Sabbath Bloody Sabbath” and a previously unreleased edit of “Into The Void.” In addition to mono versions of studio tracks, Monomania also features a radio ad released in 1970 to promote Black Sabbath.