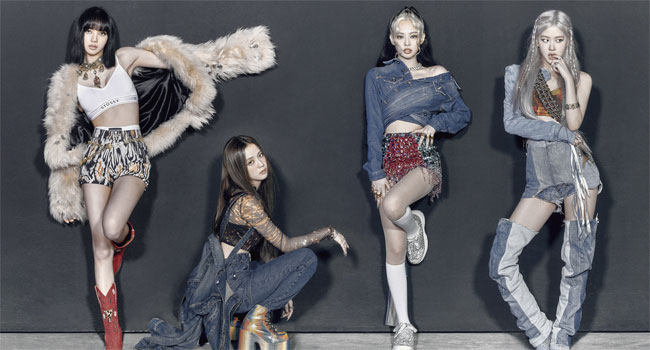 South Korean superstar quartet Blackpink has announced an October 2nd release date for their massively anticipated debut album. Set for release via YG Entertainment/Interscope Records, Blackpink’s first full-length studio effort will feature “How You Like That” — a trap-pop anthem that surpassed a staggering 100 million streams on Spotify in under a month. Merch bundles for the album available now at Blackpink’s website.

Next month, Blackpink will share the second single from their debut album. As the group revealed last week, the single will include a surprise feature.

Released on June 26th, “How You Like That” debuted at No. 33 on the Billboard Hot 100, making Blackpink the K-pop act with the second-highest number of Hot 100 entries in chart history. The song also shot to No. 1 on the iTunes charts in the U.S. and 66 other countries (spending four consecutive days at No. 1 worldwide), and peaked at No. 2 on Spotify’s Global Top 50 (reaching the No. 8 spot in the U.S.).

Meanwhile, the mind-blowing visual for “How You Like That” became the fastest video in YouTube history to cross ten million likes, as well as the fastest video to amass 150 million views. It also shattered the YouTube record for most views within the first 24 hours (86.3 million), and set an all-time record for the biggest YouTube premiere (with over 1.6 million peak concurrent viewers).

Since first bursting onto the scene in 2016, Blackpink has redefined the possibilities of K-pop, transcending all categorization and ascending to global stardom. With their unstoppably catchy single “DDU-DU DDU-DU,” the South Korean quartet broke the record for highest-charting Billboard Hot 100 debut by an all-female K-pop act, while its head-turning video surpassed ten million views in just six hours and racked up 36.2 million views in one day.

Discovered by YG Entertainment, Blackpink is comprised of JISOO, JENNIE, LISA, and ROSÉ: four immensely charismatic vocalists, dancers, and burgeoning fashion icons. Released in 2016, their debut “Square One” quickly proved their crossover power; in 2018, “Square One” climbed to No. 40 on the Billboard 200 and No. 1 on the Billboard World Albums chart. Several months after “Square One” hit the charts, YG Entertainment and Interscope Records announced a global partnership for Blackpink, paving the way for the group’s international breakthrough. With their EP Kill This Love arriving in April 2019, Blackpink further boosted their popularity by successfully completing a world tour and becoming the first K-pop girl group to perform at Coachella, the largest music festival in the U.S.