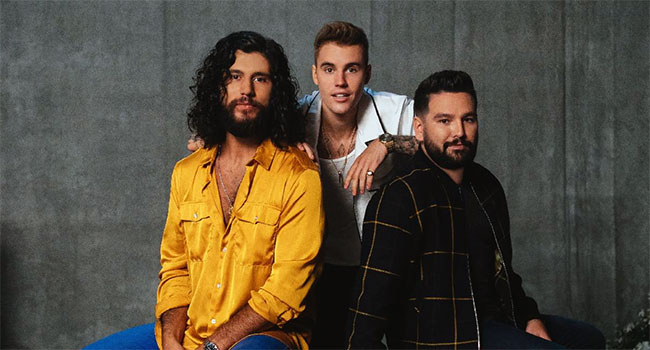 Song has broken records since its release

GRAMMY Award-winning duo and current nominees Dan + Shay mark their ninth RIAA certification in 2019 alone with their gold single “10,000 Hours.” Already certified platinum in Canada, the smash hit is covering the globe with gold certifications in Australia, Brazil, Ireland, New Zealand and the Netherlands. Featuring superstar Justin Bieber, the song is Top 10 and climbing at country radio, Top 15 at pop radio, Top 10 at Hot AC, Top 20 at AC and has earned nearly 475 million global streams and over one million U.S. track equivalents.

Already eligible for platinum certification, “10,000 Hours” is the fastest country song to reach one million equivalents this year as it broke the biggest first week streaming total in country music history. It’s also the first taste of new music since their platinum-certified self-titled album. The album saw the success of three No. 1 singles including “All To Myself,” “Speechless” and “Tequila.”

The duo recently received two GRAMMY nominations for Best Country Song and Best Country Duo/Group Performance for their 3x platinum hit “Speechless.” With more than 750 million global streams, the track spent nine weeks at the top of the Billboard Hot Country songs chart and over a year at No. 1 on the Shazam country chart. Dan + Shay began 2019 winning their first-ever GRAMMY trophy for Best Country Duo/Group Performance for “Tequila” and have gone on to earn ACM, Billboard, CMT, Teen Choice, CMA and American Music Awards – all within the span of a year. With over 5.5 billion impressions and over 1.5 billion global streams in 2019 alone, the duo will close out their massive year with performances at iHeartRadio’s Jingle Ball this Friday, ABC’s Dick Clark’s New Year’s Rockin’ Eve on December 31st and the NHL Winter Classic on New Year’s Day.

In the seven years since they formed, Dan + Shay have amassed four billion streams globally, accumulated 23 total RIAA multi-platinum, platinum and gold certifications and achieved six No. 1 singles at country radio. The duo will hit the road in 2020 on their first-ever headlining arena tour that includes an already sold out show at New York’s Madison Square Garden.