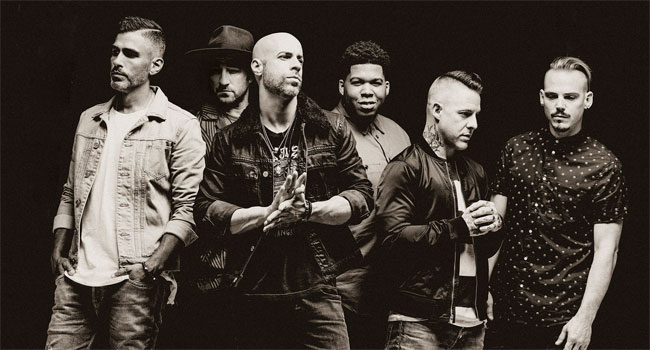 GRAMMY-nominated rockers Daughtry have teamed with Gigs Live for an exclusive, virtual concert experience like no other. The band will perform its full-band livestream of the year on Friday, March 12th featuring some of their greatest hits, a live Q&A, a virtual fan wall, exclusive commemorative merchandise and meet-and-greets with Daughtry.

“I am very excited to be doing our first, full band concert livestream, including our single, ‘World on Fire,'” says frontman and namesake Chris Daughtry. “Also, a select number of fans will get to be live on screens in the crowd, so we can see and hear you!”

Tickets start at $20, with an additional Ticket + Virtual Fan Wall package offering beginning at $75 for a limited time which includes an opportunity for fans to appear on virtual audience screens and interact virtually with the band during the performance and Q&A. Other ticket, merch, and meet-and-greet options are also available for this exclusive event.

Since releasing their 2007 self-titled debut record, Daughtry have sold over eight million records in the United States alone, and their 2020 livestreaming efforts were a massive success in a year marked by uncertainty for the music industry at large. The group, fronted by fan-favorite American Idol alumni Chris Daughtry, replaced their original spring touring plans with a 19-date virtual “Live From Home” acoustic tour, with each show featuring a unique setlist and even fan meet-and-greets. Now, they are looking to Gigs Live to take the virtual concert experience to a whole new level.

The Daughtry livestream is the first of many top-tier acts to be produced by the groundbreaking new Gigs Live platform, founded by former executives of ViacomCBS, NBC, Amazon and Audible. The interactive streaming platform delivers custom-produced live concert streams to music lovers everywhere, making every concert a world tour. More than a virtual live concert, audiences have the opportunity to interact with each other during and after the stream, creating life-long bonds.