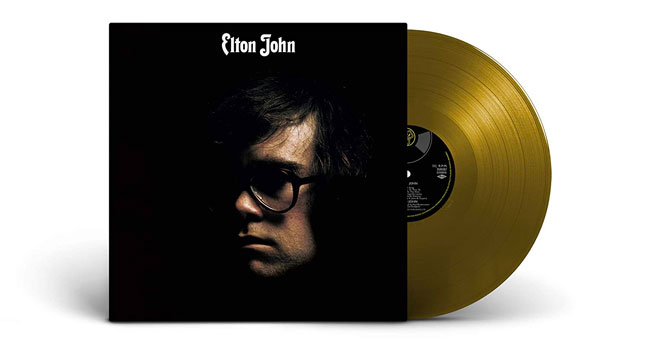 Elton John is celebrating its 50th anniversary of his critically acclaimed debut album, Elton John with a limited edition Record Store Day (RSD) exclusive deluxe gatefold 2 LP version of the record on August 29th. Pressed on transparent purple vinyl, the first disc features the 2016 remaster of the original album, while the second contains a selection of bonus tracks off the 2008 deluxe CD, never released on vinyl, as well as two previously unreleased demos of “Border Song” and “Bad Side Of The Moon.” On October 30th, the original Elton John album will also be released as a limited edition gatefold LP gold 180-gram vinyl edition with download code.

RSD was initially moved from April 18th to June 20th due to the coronavirus outbreak, but will be spread out for RSD Drops on August 29th, September 26th and October 24th as social distancing orders remain in effect throughout the world. Brandi Carlile has been tapped as Record Store Day Ambassador 2020.

John is also celebrating the 50th anniversary of his career-catapulting performance at the historic Troubadour, in Los Angeles, CA. On August 25, 1970, John took the stage for the first time in the United States, a gig that would quickly mark the beginning of his legendary career. Playing to a star-studded, packed house of 300 people, John was introduced by Neil Diamond before performing for the likes of Quincy Jones, Peggy Lipton, Linda Ronstandt, Brian Wilson and Mike Love of the Beach Boys, Van Dyke Parks, Don Henley, Randy Newman, David Crosby, Leon Russell, Stephen Stills and Graham Nash. His set consisted of songs from his debut album, in addition to many unreleased tracks such as the timeless “Your Song,” from his then forthcoming eponymous self-titled album. The concert was highlighted by an extraordinary review from the Los Angeles Times’s music critic, Robert Hilburn, and has since been heralded as one of the greatest concerts of the rock era.