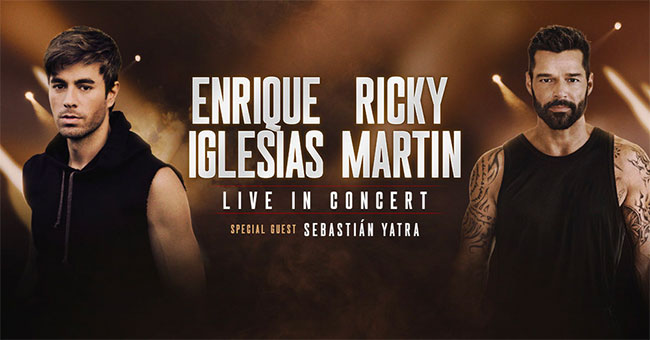 Tickets on sale Friday, May 14th

GRAMMY Award-winning, multi-platinum powerhouse artists Enrique Iglesias and Ricky Martin have announced the rescheduled dates for their first-ever co-headlining tour of North America. The global superstars have built unstoppable solo careers with dozens of No. 1 songs and millions of albums between them, and are now joining forces live in concert this fall, a year after being sidelined from COVID. Fans can expect to hear renowned hits from two of the biggest names in pop and Latin music on their historic North American arena tour. Latin music’s newest sensation Sebastián Yatra will join the outing as a special guest on select dates. The GRAMMY nominee has become one of the most powerful Latin pop artists of his generation.

The 26-date North America tour will kick off on September 25th in Las Vegas at MGM Grand Garden Arena with stops in Boston, Chicago, Los Angeles, Miami and more, before wrapping November 20th in Anaheim at Honda Center.

“To say we are going on tour has lifted all of our spirits after the profoundly difficult year the world has gone through and still is,” shares Martin. “Myself and my entire crew are very excited to bring our best live show safely all over the U.S. and Canada, and let the music bring the healing power and happiness that we all need. I’m also ecstatic to be sharing the stage with my friends Enrique Iglesias and Sebastián Yatra, it’s going to be a blast. Can’t wait! See you all very soon. Get ready to party!”

Tickets for the new dates go on sale beginning Friday, May 14th at 10 am local time at Ticketmaster.com. Tickets are on sale now for the rescheduled dates below. All previously purchased tickets will be valid for the corresponding rescheduled dates listed below. A limited number of LaneOne Premium Packages will also be available, including amazing seats, transportation, preferred entrance, pre-show hospitality and more.

The Latin superstars have created some of pop music’s most memorable songs for decades and their combined list of chart-toppers is seemingly endless. Iglesias gained devoted fans around the world with songs including “Bailando,” “I Like It,” “Hero,” “Tonight,” “Bailamos,” and more recent hits “Subeme La Radio,” “Duele El Corazon,” and “El Bano” with a new album to be released later this year.

Martin’s solo career exploded with “The Cup of Life” and “Livin’ La Vida Loca,” followed by “She Bangs,” “Vente Pa’ Ca,” and his most recent “Cántalo”, “Tiburones”, and “Recuerdo”, from his Grammy nominated and Latin GRAMMY winning EP Pausa.\ 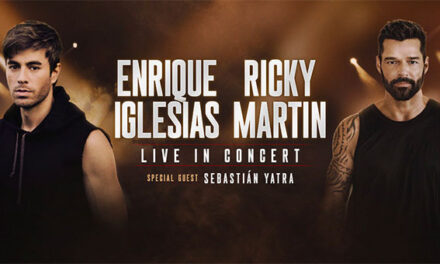 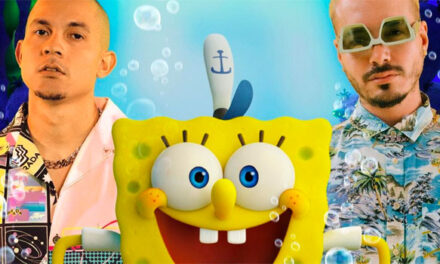 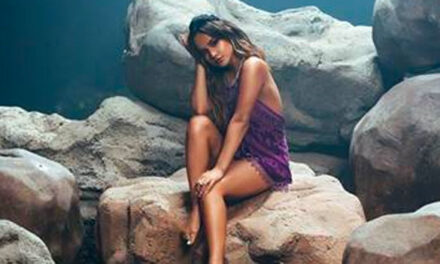 Becky G teams with Ozuna for ‘No Drama’