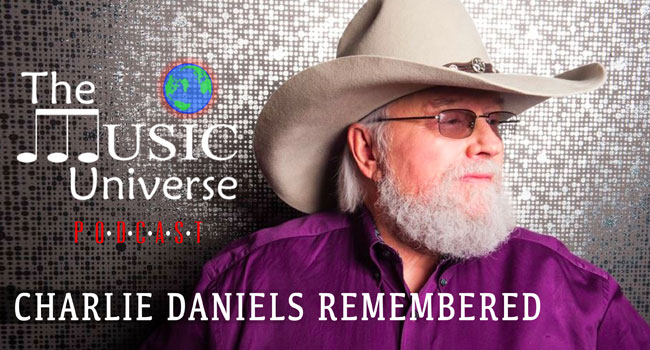 Daniels died on July 6th from a stroke

The music world is still in shock following the death of Country Music Hall of Famer and southern rock pioneer Charlie Daniels on July 6th. Daniels died following a hemorrhagic stroke at the age of 83 with stars from all facets of entertainment sharing their thoughts.

On this special edition of The Music Universe Podcast, Buddy Iahn and Matt Bailey reflect on their encounters with Daniels and discuss the gentle giant’s legacy. Our tribute continues with two interviews Bailey conducted with Daniels over the past decade.

We were set to book Daniels on this show around the time of Volunteer Jam 2020, set for this fall, until COVID-19 postponed it to February 2021.

Fans wanting to send their condolences can via memorial contributions to The Journey Home Project, which Daniels and his manager David Corley founded in 2014. Fans may donate via web or by mail at 17060 Central Pike, Lebanon, TN 37090.

I had been in #Nashville a week when this was taken! Such a gentle giant! #RIP #charliedaniels!