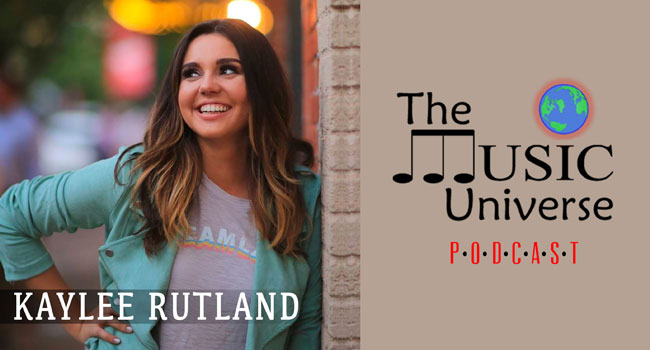 Rutland is an upcoming country singer

Kaylee Rutland’s music makes an unmistakable connection with listeners as evidenced by her tremendous social media following. She has been named a Country Living Magazine “Artist to Watch,” a Billboard Magazine “Top 10 Artists to Watch,” and was a finalist in the inaugural Nash Next competition. Additionally, Rutland had the opportunity to tour with Warner Music Nashville artist, RaeLynn.

Growing up in Texas, country music made a lasting impact on her style, learning from the greats of Reba, Carrie Underwood, and Sara Evans. She was eight when she first fell in love with singing, performing her first solo for a Christmas musical at her church, and by her teens, she was fully committed to writing her own songs.

During the COVID-19 quarantine, Buddy Iahn & Matt Bailey spoke with Rutland about her music, her (and Buddy’s) love for Reba, and more.