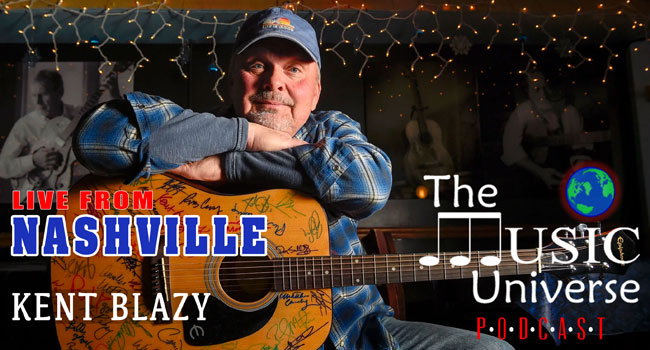 Blazy joins us by phone while in Nashville

Our Live From Nashville series concludes with singer/songwriter Kent Blazy, who needs no introduction. His songwriting credits include Garth Brooks’ “If Tomorrow Never Comes” & “Ain’t Goin’ Down (’Til The Sun Comes Up)” and Chris Young’s “Gettin’ You Home (The Black Dress Song),” among many others. He’s one of five inductees to the Nashville Songwriters Hall of Fame for 2020 for a “50-51” edition in November 2021.

Due to a COVID scare, we chatted with Blazy via phone from Nashville Coffees across from the Gaylord Opryland Hotel & Resort. We talk about his induction, working with Garth Brooks, his Authentic album that was released earlier this fall and future music.