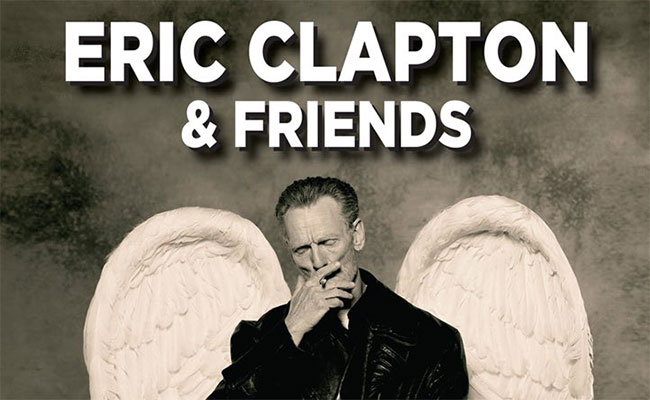 Eric Clapton has announced a one-time only tribute concert to his dear friend and former drummer Ginger Baker. Eric Clapton & Friends: A Tribute to Ginger Baker will take place Monday, February 17, 2020 at the Eventim Apollo Hammersmith in London.

The set list for the concert will look to honor Baker’s lifetime in music and will, of course, include Clapton and Baker’s work together in Cream and Blind Faith.

The event will be held in aid of Leonard Cheshire, a charity close to the Baker family. Leonard Cheshire charity supports individuals to live, learn and work as independently as they choose, whatever their ability, at the heart of local life – opening doors to opportunity, choice and support in communities around the globe.

Baker died in October at the age of 80 following an undisclosed illness. Baker become a world renowned drummer alongside Clapton and Jack Bruce in Cream in the 1960’s. During the band’s two years together, the power trio gained international recognition playing blues and psychedelic rock induced with jazz, and had hits like “Sunshine of Your Love,” “White Room,” “Crossroads” and “I Feel Free.” They released three albums during their two year existence and a final one following their 1969 breakup. Cream was inducted into the Rock and Roll Hall of Fame in 1993.

Baker also was a brief member of Blind Faith with Clapton and Steve Winwood and went on to form Ginger Baker’s Air Foce with notable musicians. In 2005, Cream reunited for a series of performances at Royal Albert Hall in London and Madison Square Garden in New York. Baker revived Air Foce with new members in 2015.

Very pleased to share this news. Big thank you to @EricClapton. Tickets on sale Friday. pic.twitter.com/sil49efBaV