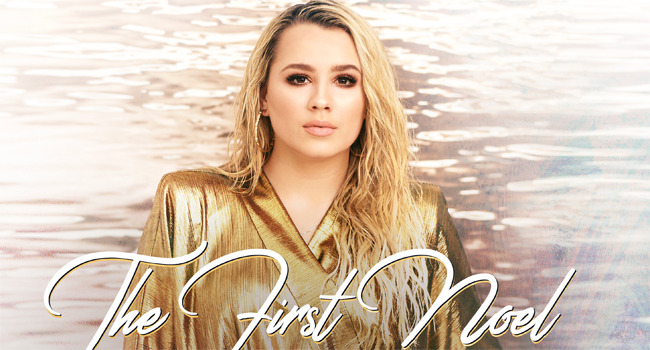 Putting her own heartfelt stamp on a Christmas classic, Warner Music Nashville’s Gabby Barrett is celebrating the upcoming holiday season releasing her rendition of “The First Noel,” produced by Ross Copperman.

“I’m so happy to release my first Christmas song today,” says Barrett. “Christmas is one of my absolute favorite days of the year, and my faith is the cornerstone of my life, so being able to share both with ‘The First Noel’ is a gift. I feel so blessed to do what I do every day, and I hope that this song adds something special to your holidays.”

This week, Barrett made headlines with an electric performance of her smash country and current Hot AC No. 1 hit “I Hope” on the CMT Awards. Billboard raved, “the singer-songwriter treated her performance of her smash ‘I Hope’ like a well-deserved victory lap” and CMT called the clip “positively explosive.” Barrett then won Breakthrough Video of the Year, presented to her by Taylor Swift. On Friday (Oct 23rd), she’ll take the stage for a performance at the iHeartCountry Festival.