Garth Brooks is releasing a very large number of incredible production seats for his upcoming concert in Knoxville, TN. The concert will be Saturday, November 16th at 7 pm in Neyland Stadium. It’s the first concert at Neyland Stadium in 16 years.

Tickets will be on sale Friday, October 25th at 10 am EDT. There will be an eight ticket limit per purchase. Tickets can only be purchased three ways: ticketmaster.com/garthbrooks or on the Garth Brooks line at Ticketmaster, 1-877-654-2784 or through the Ticketmaster app on your phone.

It will be in-the-round staging. Tickets will cost $94.95, all inclusive.

Brooks broke the internet, literally, when the initial round of tickets went on sale in September, freezing Ticketmaster’s systems. Moving at over 1,000 tickets a minute, the Garth Brooks Stadium Tour ticket on sale for Knoxville, TN came to a halt when the system could not open tickets fast enough to keep up with the demand.

The single has inspired the Dive Bar Tour where Brooks is playing at smaller venues in between stadium tour stops. He has teamed up with Seagram’s 7 to perform at seven dive bars across the States, including Joe’s on Weed St in Chicago in July and Buck Owens Crystal Palace in Bakersfield in August, Gruene Hall in New Braunfels, TX in September, The Barn in Sanford, FL this week. The fifth Dive Bar concert stop is set for The Dusty Armadillo in Rootstown, OH on Monday, October 28th. Admission is only available through country radio for these special dates. 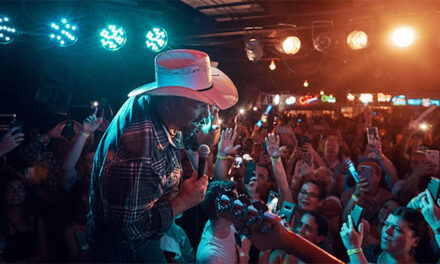