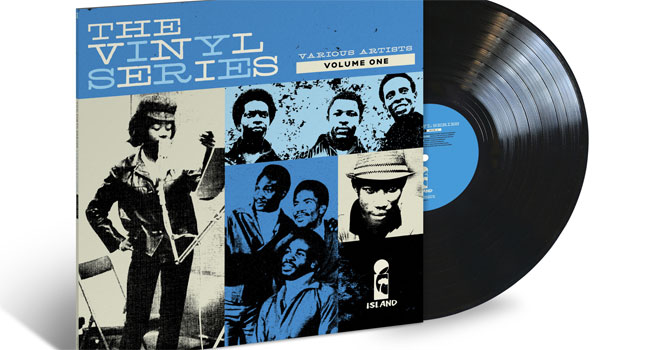 Series curated by Chris Blackwell and presented by Island Records/UMe

Since its beginnings in Jamaica in 1959, the story of the pioneering Island Records label has been inextricably linked to the story of its founder, Chris Blackwell. Now, Blackwell has curated a series of compilation LPs, featuring his hand-picked tracks that correspond with his and Island’s legendary history.

On February 26th, Island Records / UMe will release Volume 1 of The Vinyl Series, a 14-track album covering the years 1962 to 1969. Volumes 2 and 3 will follow later this year and explore Island’s history in the decades that followed.

“When I moved Island Records’ base from Kingston to London in 1962, all I wanted to do at first was just release the really great music that was coming out of Jamaica,” writes Blackwell in the collection’s liner notes. “But then I got caught up in all the music that I was hearing in London, much of it from America.”

The first volume of The Vinyl Series includes such groundbreaking hits as Millie Small’s “My Boy Lollipop” and “Israelites” by Desmond Dekker and the Aces — songs which introduced much of the world to the sound of Jamaican music. Several early singles set the context for these singles by Toots and the Maytals and “Forward March” by a teenage Derrick Morgan, the “first star of ska.”

The set also points to the expansive musical directions that Island would soon pursue, especially after the 1966 smash “Gimme Some Lovin’ “ by the Spencer Davis Group, whose lead singer, Steve Winwood, would later further influence the label’s direction. Also included are some of the immortal R&B singles that Island released in the UK through its Sue Records subsidiary, like “Mockingbird” by Charlie and Inez Foxx and “Harlem Shuffle” by Bob and Earl. In track-by-track essays by noted author and longtime Island Records chronicler Chis Salewicz, the album package features reminiscences that offer Rock and Roll Hall of Famer Blackwell’s own perspective.

The future volumes of The Vinyl Series will illustrate the visionary role that Island played in the folk, hard rock, singer-songwriter, glam, and progressive movements — and, of course, the records by Bob Marley and the Wailers and Jimmy Cliff, among others, that defined reggae around the world.

“Clearly, the culture was moving in a new direction,” writes Chris Blackwell in the introduction to this revelatory collection, “and I wanted Island Records to mirror that shift and be in this new world.”