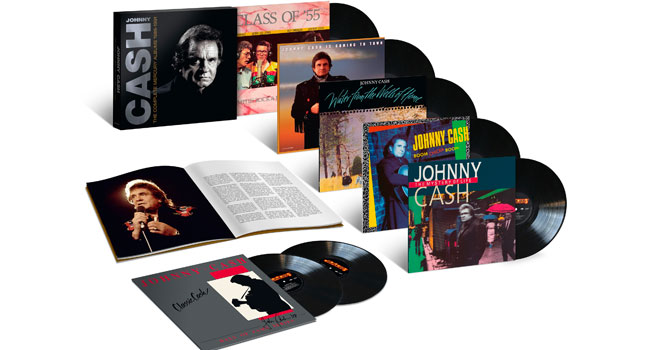 In the mid-1980s as Johnny Cash found himself between labels, Mercury Records snatched up the country legend for what would end up being a prolific string of six albums in five years. The records, released from 1986 to 1991, were a diverse collection that included a notable reunion with fellow Sun Records alumni Roy Orbison, Jerry Lee Lewis and Carl Perkins, star-studded collaborations with Paul McCartney and Linda McCartney, Glen Campbell, Waylon Jennings, Emmylou Harris, Hank Williams Jr. and others, inspired takes on songs from Elvis Costello, Guy Clark and Harry Chapin, the Man in Black revisiting his classic hits, and some of the finest songs ever written by Cash. Despite the quality of material, Cash’s stint with Mercury has never been revisited — until now.

On April 24th, Cash’s often overlooked and underappreciated chapter of his body of work will be showcased with a suite of releases via Mercury/UMe including a comprehensive new box set, The Complete Mercury Recordings 1986-1991, and a new greatest hits album, Easy Rider: The Best Of The Mercury Recordings, a newly assembled collection that compiles 24 highlights selected from Cash’s Mercury catalog. Easy Rider will be released as a single CD, double LP and digital download.

The Complete Mercury Recordings 1986-1991, available on 7 CD or 7 LP on 180-gram vinyl, collects all six albums – Class of ’55: Memphis Rock & Roll Homecoming (1986), Johnny Cash Is Coming to Town (1987), Water from the Wells of Home (1988), Classic Cash: Hall of Fame Series (1988), Boom Chicka Boom (1990) and The Mystery of Life (1991), and – that Cash recorded during his Mercury tenure and presents them together for the first time in a handsome slipcase emblazoned with the distinctive bold Cash logo. All of the albums have been remastered from the original Mercury master tapes by noted engineer Kevin Reeves at UMG Studios Nashville. The set was assembled by Grammy Award-winning producer Bill Levenson and features extensive new liner notes by veteran music journalist Scott Schinder.

Also on April 24th, all of the albums will be released individually on 180-gram black vinyl, with Classic Cash: Hall Of Fame Series as a two-LP set. This marks the first time that Cash’s Mercury albums have been reissued.

The CD version of The Complete Mercury Recordings 1986-1991 is augmented with several rare or previously unreleased tracks and an additional 20 track disc of spare early mixes aptly titled Classic Cash: Hall Of Fame Series (Early Mixes), mastered from tapes newly discovered in the Mercury vaults. Although these never-before-heard versions are not included in the vinyl box, they’re being released on April 18th as a Record Store Day exclusive, as a stand-alone limited edition double LP.

While the mid ‘80s to early ‘90s saw Cash, who was still touring heavily, a bit creatively adrift, he never stopped making distinctive, personally charged music. Signing with Mercury after ending his almost 30-year relationship with Columbia, Cash’s output for Mercury demonstrated that his musical gifts remained as sharp as ever.

Cash’s first album for Mercury, the all-star session, Class of ’55: Memphis Rock & Roll Homecoming, reunited him with fellow Sun Records alumni Jerry Lee Lewis, Roy Orbison and Carl Perkins. With veteran Memphis producer Chips Moman behind the board, the four singers tackle a mix of old and new material, including the Cash-led “I Will Rock and Roll with You” and the Presley tribute, “We Remember the King.” Another Elvis ode, John Fogerty’s “Big Train from Memphis,” features a vocal chorus that includes Fogerty, June Carter Cash, Rick Nelson, Dave Edmunds, Dan Penn and the Judds.

Johnny Cash Is Coming to Town reteamed Cash with producer “Cowboy” Jack Clement, who as Sun Records’ house engineer had overseen many of Cash’s ’50s sessions and written some of his early hits. The album’s studio team includes wife June Carter Cash and her singing siblings Anita and Helen and daughter Carlene Carter, Cash’s then son-in-law Marty Stuart, and Waylon Jennings, who lends his voice to the warmly nostalgic “The Night Hank Williams Came to Town.” Other highlights include rousing readings of Elvis Costello’s “The Big Light” and James Talley’s “W. Lee O’Daniel (and the Light Crust Dough Boys).”

With Clement producing again, the star-studded Water from the Wells of Home features guest appearances by Cash’s wife June Carter Cash and daughter Rosanne Cash, along with Glen Campbell, Jessi Colter, the Everly Brothers, Tom T. Hall, Emmylou Harris, Waylon Jennings, Paul McCartney and Linda McCartney and Hank Williams Jr. on an eclectic set of material including “That Old Wheel,” a duet with Williams that became Cash’s highest-charting single in over a decade.

Classic Cash: Hall of Fame Series finds Cash revisiting such vintage classics as “I Walk the Line,” “Ring of Fire,” “Folsom Prison Blues,” “Get Rhythm,” “I Still Miss Someone” and “Sunday Morning Coming Down” with considerable gusto.

With veteran Nashville musician Bob Moore producing, Boom Chicka Boom — named in honor of the trademark rhythm that Cash pioneered in the ’50s — is a straightforward vehicle for Cash’s talent, vision and humor. Highlights include the surreal Cash composition “A Backstage Pass,” a remake of Harry Chapin’s “Cat’s in the Cradle” and the poignant “Hidden Shame,” which Elvis Costello wrote for Cash. The CD of Boom Chicka Boom includes seven bonus tracks not on the original album, including several b-sides and early versions and the unreleased gem “I Draw The Line.”

The Mystery of Life, again produced by Clement, emphasized Cash’s own songwriting, e.g. “The Greatest Cowboy of Them All” and “I’m An Easy Rider,” while also dipping into the songbooks of Tom T. Hall and John Prine. The CD version of The Mystery of Life also includes Cash’s historic collaboration with U2, “The Wanderer,” which appears as an extended version previously released only on the soundtrack album of director Wim Wenders’ film Faraway, So Close. The song also closes out the best of collection.

The Complete Mercury Recordings 1986-1991 and Easy Rider: The Best Of The Mercury Recording represent an overdue deep dive into Johnny Cash’s Mercury catalog, revealing its importance as the bridge between his better-known work for other labels. As mentioned by Schinder in the box set’s liner notes, these recordings “stand as a notable transitional body of work, and an illuminating prelude to the full-blown creative resurgence that Cash would experience in the 1990s.” 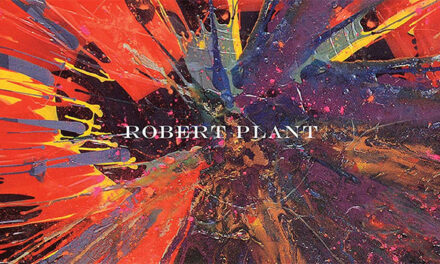 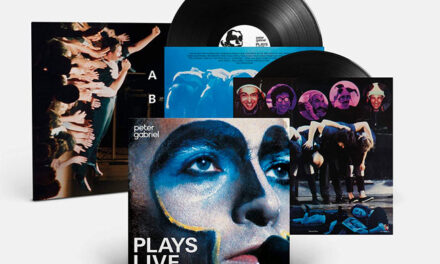 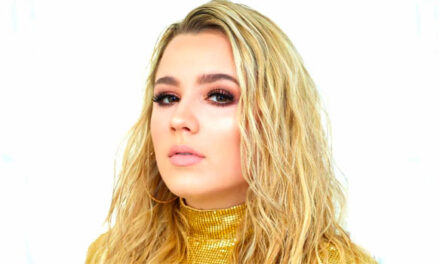