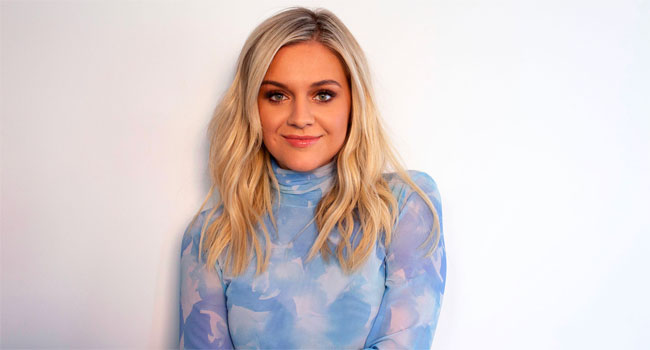 Kelsea Ballerini has been spending the COVID-19 downtime re-recording her third studio album Kelsea. The country singer announced that Ballerini will be released on September 11th featuring the same 13 songs on Kelsea with different keys, tempos, melodies, lyrics and production. She intentionally changed each song to make the lyrics hit differently.

“Half of it’s given to you. It’s the combination of letters that your parents feel will describe who you will become. It represents the mystery and the potential you hold,” she says in a video promoting the album. “The other half is handed down. It represents generations of a family tree full of history and drama and inherited reasons that contribute to who you are. The two halves together make up your biological name. You can change it, but I never will. To me, Kelsea‘s glitter. She’s bold. Effervescent. Her dreams are boundless. She’s who I wanna be. But Ballerini, she’s emotional, vulnerable, soft. She observes her surroundings and chooses her words carefully. She’s who I am. The same songs from the same heart, just told a different way. Introducing Ballerini, the other side of the same story.”

“Club” is the first single from the newly recorded project.

Kelsea is included in Rolling Stone’s Most Anticipated Albums of 2020 list, and is her most authentically, self-aware reflection to date. The project marked the first time Ballerini has been in the producer’s chair throughout the project, co-producing each track that she also co-wrote over the past couple of years.