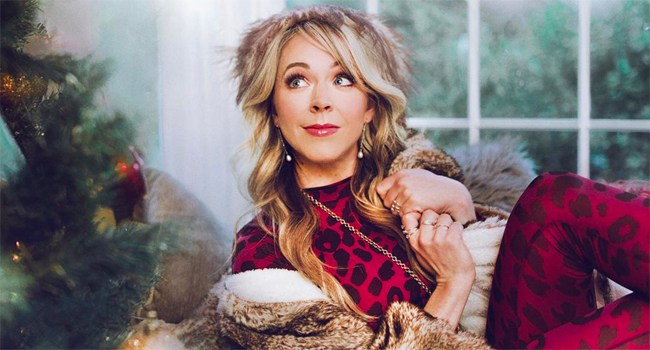 Since the release of her chart-topping holiday album Warmer In The Winter three years ago, Lindsey Stirling’s annual winter tour has become a fan-favorite across the country this time of year. Though touring may not be possible in 2020, the platinum-selling electronic artist, violinist, and multi-talented entertainer is keeping the tradition going by bringing a brand-new dazzling Christmas show direct to living rooms with the Lindsey Stirling: Home for the Holidays livestreaming special. The ticketed event, set for Saturday, December 12th, will air at two exclusive show times: 3 pm ET and 8pm ET. Following the second showing, the special will be available on demand for 72 hours. Lindsey Stirling: Home for the Holidays will feature Stirling performing favorite seasonal tunes, such as “Angels We Have Heard On High,” “All I Want For Christmas,” “Let It Snow” and “Sugar Plum Fairy,” brought to life by stylized sets, talented dancers and glittering costumes in a spectacle greater than any standard venue could provide. The exclusive experience will be over an hour of entertainment that is sure to keep viewers glued to their couches and screens.

“It’s been a hard year and I feel like we all need something to bring us extra joy this holiday season,” shares Stirling. “So, I decided to create a Christmas special. I didn’t want to merely film a live performance because that would make people wish they could be in the audience. I’ve been working for months to create a special, all-new show that could only ever be done in a filmed setting. These are theatrics that could never be done on a tour, so the ticket people buy online is actually the best seat in the house!”

Lindsey Stirling released her first-ever holiday album Warmer In The Winter in 2017, marking the No. 1 new Christmas album of the year. Due to high demand from fans, a Deluxe Edition was issued in 2018, also topping the holiday charts. Warmer In The Winter, which has been streamed over 150 million times, features classic and original songs along with special guests Becky G, Sabrina Carpenter, Trombone Shorty and Alex Gaskarth (from All Time Low). Stirling performed last year’s hit off the album “Carol of the Bells,” the first instrumental song to reach Top 5 on Hot AC Radio, on the 2019 Wonderful World of Disney: Magical Holiday Celebration on ABC.

Lindsey Stirling is known all over the world for her unique, futuristic violin-driven electronic music. Since the release of her 2012 self-titled debut, the Arizona-raised, Los Angeles-based artist has racked up tens of millions of followers worldwide and more than three billion total views on YouTube. Stirling’s sophomore album Shatter Me was certified gold by the RIAA, after debuting at No. 2 on the Billboard Top 200 and No. 1 on the Dance/Electronic Albums Chart and holding the No. 1 spot on the Classical Albums Chart for 21 consecutive weeks. Her third studio album Brave Enough, featuring guest appearances from Dan + Shay, Christina Perri, Rivers Cuomo, Andrew McMahon and others, earned Stirling her second Billboard Music Award for “Top Dance/Electronic Album.” Stirling’s latest release, her fifth album Artemis (released September 2019 via BMG), debuted at No. 1 on Billboard’s Dance/Electronic Albums Chart and remained on the chart for 15 combined weeks. Artemis has also been turned into a successful comic book series. Additionally, Stirling co-wrote The New York Times best-selling book The Only Pirate at the Party with her sister Brook S. Passey, was the runner-up on Season 25 of Dancing With the Stars and has appeared on America’s Got Talent. The multi-hyphenate star, who launched a virtual series and podcast String Sessions earlier this year, is also currently helping families in need through her nonprofit charity outreach program The Upside Fund.

Lindsey Stirling returns to the road in 2021 with the Artemis World Tour. The 35-date North American outing, featuring special guests Kiesza and Mako, is set to kick off July 3rd, 2021.

Join me for my Home for the Holidays Special where all your favorite seasonal tunes will be brought to life by stylized sets and glittering costumes, with the best view right from your home. Tickets on sale tomorrow 10/29 at 9am PT! Ticket options here: https://t.co/B5qNRVeRGv pic.twitter.com/raTzEg1T3X