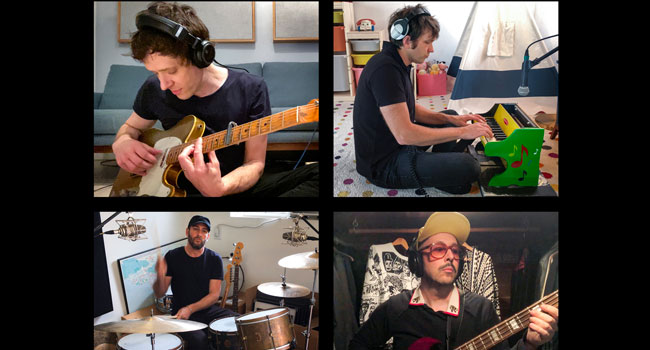 Song was written and recorded during quarantine

OK Go has released a song and video inspired by COVID-19. The group wrote and recorded “All Together Now” together alone in their homes during since sheltering in place for the past two months in Los Angeles to help combat the spread of the virus.

“I’m the singer and video director in OK Go. We’re ‘that video band’. This morning we released a new song and video we wrote and recorded in our homes over the last few days, inspired by our neighborhood’s nightly cheer for the frontline workers and Rebecca Solnit’s piece in The Guardian. It’s our somber prayer for hope,” shares the band’s Damian Kulash.

He continues, “I wrote a letter about how my family caught the coronavirus, how scary my wife’s recovery was, and how this song came to be. But it’s too long to send as a blast, or at least I know that if I got something like it from ‘that dude in the video band,’ I wouldn’t read it.

“A press release seems inappropriate, too. This isn’t the clever new video we’ve been working on for months or the lead single from our new album; there’s no campaign. It’s an earnest, personal song about the moment we’re all sharing, and a homemade video of us recording it in our closets and kitchens.

“So instead, I’m sending this note: I hope you’ll check out the song, and perhaps read the letter. Profits from downloads at our website will be donated to Partners in Health, an organization that brings healthcare to people who can’t afford or access it.”

The song is available now at all DSPs, but will impact radio on May 26th.