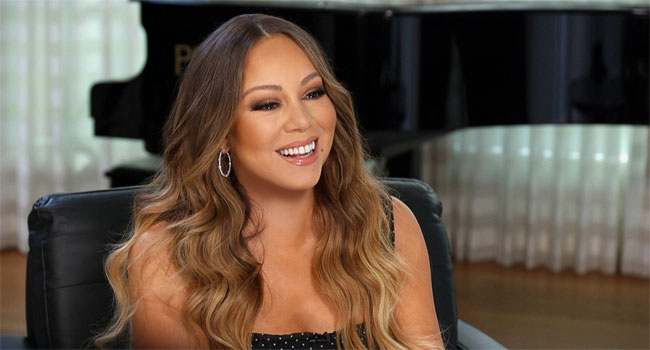 Oprah Winfrey sits down with Mariah Carey to discuss her new memoir, “The Meaning of Mariah Carey,” on The Oprah Conversation this week. The new episode premieres Thursday, September 24th at midnight EST, exclusively on Apple TV+.

In an exclusive, far-ranging interview, Carey chats about her highly anticipated memoir that’s due out September 29th. Carey reveals never-before-told stories about her personal journey that inspired so many songs, the pain in growing up biracial, confronting past traumas and finding freedom.

The Oprah Conversation is a timely series that features Oprah leading intimate discussions with today’s foremost newsmakers, thought leaders, and masters of their craft, exclusively on Apple TV+. Filmed remotely and incorporating audience engagement, Oprah hosts conversations that aim to bring truth and perspective to a range of topics shaping our world, revealing gripping stories of human connection. The Apple Original series continues to explore impactful and relevant topics with fascinating thought leaders from all over the world, and also offers poignant conversations between Oprah and change makers such as Emmanuel Acho, host of the provocative web series “Uncomfortable Conversations with a Black Man” in a two-part episode, Professor Ibram X. Kendi, bestselling author of “How to Be an Antiracist, and Bryan Stevenson, Equal Justice Initiative founder and bestselling author of the memoir that inspired the acclaimed film Just Mercy.

The Oprah Conversation is available now, alongside Oprah Talks COVID-19 and Oprah’s Book Club on Apple TV+, which has set records as the only new streaming service to instantly launch globally in over 100 countries, and to have been honored with 107 awards nominations and 26 wins and accolades in only nine months.

Apple TV+ is available on the Apple TV app on iPhone, iPad, Apple TV, iPod touch, Mac, select Samsung and LG smart TVs, Amazon Fire TV and Roku devices, as well as at tv.apple.com, for $4.99 per month with a seven-day free trial. The Apple TV app will be available on Sony and VIZIO smart TVs later this year. For a limited time, customers who purchase a new iPhone, iPad, Apple TV, Mac or iPod touch can enjoy one year of Apple TV+ for free. This special offer is good for three months after the first activation of the eligible device.