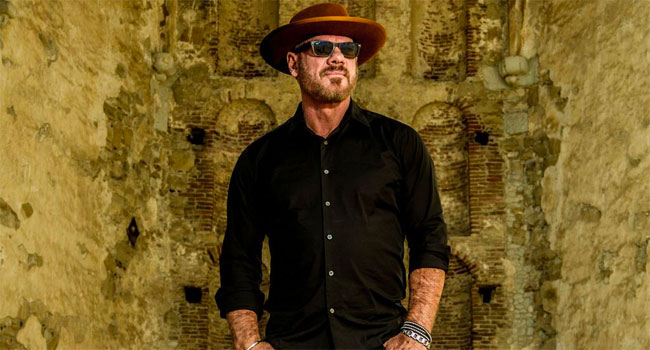 Emotionally-charged “This Is God” now available

Multi-platinum selling Phil Vassar reminds us, all I’m asking for is love, on “This is God.” The re-imagined song is emotionally-charged with Vassar’s meticulous piano melodies complimenting his haunting verses that echo a warning for God’s creation to permanently unite in peace and love.

“Hey, this is God / Can I please have your attention / There’s a need for intervention / Man, I’m disappointed in what I’m seeing / Yeah, this is God / You fight each other in my name / Treat life like it’s a foolish game / I’d say you’ve got the wrong idea / Oh all I’m asking for is love / I’ve seen you hurt yourselves enough / Oh I’ve been waiting for a change in you,” the songs reads.

First released in 2003, “This is God” was a Top 20 hit for Vassar, peaking at No. 17 on Billboard’s Hot Country Songs chart. The Christian Broadcasting Network exclusively premiered the re-recorded track writing, “Phil has taken the favorite of 17 years and updated the sound with even more layers of instruments, while his velvety and sometimes gritty vocals easily fly from deep bass notes into tenor heights. (CBN.com/ Kimberly Carr)”

This year marks an important anniversary for Vassar, 20 years since his first No. 1 single, “Just Another Day in Paradise,” was released. To celebrate, Vassar released his long-awaited tenth studio album, Stripped Down. The album’s effortless production puts the songs front and center. It features songs written over the past 20 years but never-before recorded and new music, including “This is Where The End Starts”, co-written with daughter, Haley Vassar and Vassar’s take on “Postmarked Birmingham,” a hit he wrote for Blackhawk.

In addition to the new album, Vassar’s TV series Phil Vassar’s Songs from the Cellar launched on the Circle Network. The weekly series, produced by NashPhil Cellars and The Nice Kids, featured all-star celebrity guests including Mike Tyson, Cam, Carrot Top, Jessie James Decker and more. The second season will be available this fall.