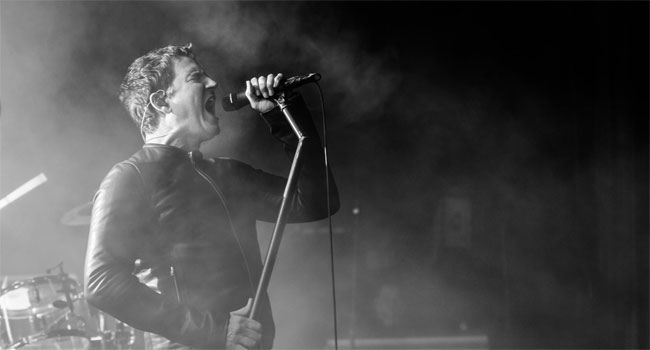 In these most uncertain of times, one thing does remain certain: it’s that the summertime entertainment landscape in Southern California has never quite looked like this before – but that doesn’t mean it has disappeared entirely. CBF Productions are sending July out in style by hosting world-renowned alternative rock legends Third Eye Blind (3EB) on their unique four-sided stage. Active for nearly three decades, 3EB got their first taste of commercial success in the late 1990’s, garnering two platinum records with Third Eye Blind and Blue.

After a wildly successful beginning run in June and an equally successful July run thus far, the founders of SoCal favorites Boots & Brews Country Music Festival and the Winter Wine Walk are preparing their stage at the Ventura County Fairgrounds to host these rock heavyweights of “Jumper” and “Never Let You Go” fame on July 25th. The concert starts at 8 pm, with the first cars allowed in at 6:30 pm.

Third Eye Blind, who released their experimental record Screamer in October of 2019, will be headlining for Concerts in Your Car on July 25th. The original brainchild of frontman Stephan Jenkins, Third Eye Blind has been serenading audiences with their music – the genres of which range from post-grunge to pop-rock and back again – for nearly three decades, and are not a show to miss.

“Even with social distancing, we wanted to give people a way to get out, celebrate and have some fun!” states Vincenzo Giammanco, owner of CBF Productions. “Our team got creative and decided to develop a new type of experience that will bring excitement to the summer of 2020 despite the pandemic. We plan on producing events offering a range of entertainment – more announcements will follow soon.”

The events will offer room for 600 cars per show and are designed to comply with all official restrictions. The combination of an extra high, four-sided stage and five oversized screens will ensure that every seat is the best seat in the house. Sound will be distributed via FM radio. Tickets are sold in advance and online only and are priced starting at $59 per car with up to five people per vehicle. A portion of the proceeds will benefit Food Share, Ventura County’s largest food bank.

While no food is available for purchase at the concert, attendees will be provided with a comprehensive list of downtown Ventura restaurants that feature curbside pickup. With the fairgrounds just three blocks from the Ventura downtown district where many beloved local restaurants are located, the concert will provide a much-needed boost to local eateries.

The concert is just one facet of this summer’s schedule with CBF Productions. Other evenings presented at the fairgrounds include both live and recorded concerts, movie nights, and other themes to keep greater LA’s concertgoers and families safely entertained this year.