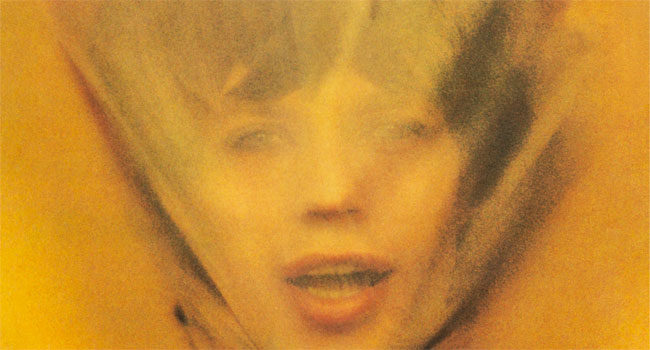 Demos, outtakes and three previously unreleased tracks, including a song with Jimmy Page

Another prized jewel in the Rolling Stones’ unmatched catalog is to be restored to its full glory and more, with the September 4th multi-format release of their 1973 classic Goats Head Soup. The album will be available in multiple configurations, including four disc Super Deluxe Edition and vinyl box set editions, with a treasure trove of unreleased studio and live material.

The reissue follows the huge success and acclaim for the Stones’ “Living In A Ghost Town” single and their universally-admired lockdown performance of “You Can’t Always Get What You Want” in Global Citizen’s April special One World: Together at Home.

The box set and deluxe CD and vinyl editions of Goats Head Soup will all feature ten bonus tracks, which include alternate versions, outtakes and no fewer than three previously unheard tracks. The first of these to be unveiled, “Criss Cross,” is available as an instant grat track with pre-orders of the album, and on all streaming and download services. The official “Criss Cross” video is out now.

Stones devotees worldwide will be thrilled by the inclusion, on the box set and deluxe editions, of the previously unheard “Scarlet,” featuring guitar by Jimmy Page, and a third newly unveiled song, “All The Rage.”

The layered guitar textures of “Scarlet” make for a track that’s as infectious and raunchy as anything the band cut in this hallowed era. As well as Jimmy Page guesting alongside Mick & Keith on the track it also features on bass Rick Grech of Blind Faith fame.

“All The Rage” has a wild, post – “Brown Sugar” strut and the percussive “Criss Cross” rocks and swaggers as only the Stones can. The bonus disc of unreleased material also sheds new light on tracks such as “100 Years Ago” and “Hide Your Love,” with further unissued mixes by Stones insider and acclaimed producer Glyn Johns.

The box set editions of Goats Head Soup will also include Brussels Affair, the 15-track live album recorded in a memorable show in Belgium, on the autumn 1973 tour that followed the album’s late August release. This much-sought-after disc, mixed by Bob Clearmountain, was previously available only in the Rolling Stones’ “official bootleg” series of live recordings in 2012.

The Brussels show features the already-classic “Tumbling Dice,” “Midnight Rambler,” “Jumping Jack Flash” and many others, and includes a sequence of tracks from the then-new album. “Star Star” is followed by “Dancing With Mr. D,” “Doo Doo Doo Doo Doo (Heartbreaker)” and “Angie.”

Additionally, the CD and vinyl box sets offer the original ten track album in 5.1 Surround Sound, Dolby Atmos and Hi-Res mixes, along with the videos for “Dancing With Mr. D,” “Silver Train” and “Angie.” An exclusive 100-page book will feature a remarkable array of photographs, essays by writers Ian McCann, Nick Kent and Daryl Easlea and faithful reproductions of three tour posters from 1973.

“Goats Head Soup was released with plenty of fanfare,” as McCann writes. “Despite what you may read today, the kids weren’t entirely absorbed by glam rock, metal, prog and Philly soul back in 1973, and they bought the album in their thousands, sending it to No. 1 in the USA and in the UK, their fifth consecutive British chart-topper.”

Their 11th UK studio album, recorded in Jamaica, Los Angeles and London as their last collaboration with producer Jimmy Miller, Goats Head Soup came in the wake of the Stones’ landmark 1972 double album Exile On Main St. The new set was introduced by the single that became one of their most exalted ballads, the endlessly elegant “Angie,” completed by Mick Jagger and Keith Richards during a songwriting sojourn in Switzerland.

The timeless love song, showcasing Jagger’s yearning lead vocal and Nicky Hopkins’ beautiful piano motif, topped the charts in the US, where it was certified platinum, and went to No. 1 across Europe, Australia and beyond. “We decided to do something different, and it worked,” Richards told Rolling Stone of “Angie”. “Maybe a lot of people bought it that would never buy a Stones LP.” Interestingly in a recent interview with The New York Times, Bob Dylan chose “Angie” as one of three Rolling Stones songs he wished he had written.

Goats Head Soup, with its famous David Bailey sleeve, featured the Stones’ vintage 1969-1974 line-up of Jagger, Richards, Mick Taylor, Bill Wyman and Charlie Watts, with the addition of some essential collaborators. On an album on which their trademark rocking sound was often augmented by more low-key, reflective material, there were no fewer than four featured piano players: Hopkins, Billy Preston, Ian ‘Stu’ Stewart and Jagger himself.

“Angie” was the only single to be released from the LP in the UK, where it spent two weeks at No. 5 in September. In the US, the exhilaratingly funky, horn-filled “Doo Doo Doo Doo Doo (Heartbreaker),” featuring Mick Taylor’s wah-wah lead guitar, followed it into the top 20 in February 1974.

The many other highlights of the album included the majestically brooding opener “Dancing With Mr. D,” the lithely strutting “100 Years Ago” and “Star Star” and the graceful “Winter.” Richards’ rueful lead vocal on “Coming Down Again” featured another Stones stalwart, saxophonist Bobby Keys. “Silver Train,” the b-side of “Angie,” would be revived after a gap of some 40 years, during the Stones’ 14 On Fire Tour of 2014, when Mick Taylor reprised his original guitar part in shows in Tokyo and Brisbane.

When the album was first released, reviewers lined up to sing its praises. “This is music which could only come from good musicians who know each other really well,” ruled the late and esteemed writer-broadcaster Charlie Gillett in Let It Rock. “The Stones succeed because they rarely forget their purpose — the creation of rock & roll drama,” said Bud Scoppa in Rolling Stone. “It’s deepening and unfolding over the coming months will no doubt rate as one of the year’s richest musical experiences.”

Stephen Demorest in Circus said that the album “rushes and rambles with all the power and finesse that have become the signature of the hardworking band in performance.” Forty-seven years on, the expanded reissues of Goats Head Soup prove that’s still true, and then some.

Also included is The Brussels Affair, recorded live at the Forest National Arena in October 1973. The four discs are housed in the box set alongside a 120-page book with an incredible array of photos and three essays. 50 Years On – An Appreciation of Goats Head Soup by Ian McCann, Brussels Affair Live 1973 Tour by Nick Kent & The Story Of The Cover Art by Darryl Easlea. The set is completed with 4 x 1973 reproduction tour posters, rolled up within the packaging to avoid creases.

The 180-gram vinyl pressings will be mastered at half speed by Miles Showell at Abbey Road Studios, London. A crystal clear vinyl pressing with alternative cover will be available exclusively via the Rolling Stones webstore.

A cassette option featuring the 2020 remix will also be a Stones webstore exclusive.