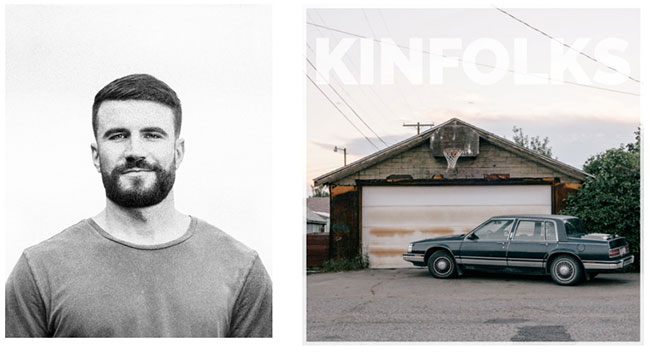 “When I think of ‘kinfolks,’ when I think of that phrase,” says Hunt, “I think of my family, but also I think of my people back home – beyond family. It’s my buddies who’ve been a part of my story from the beginning. I’ve made a lot of new friends and met a lot of new people who are important to me since I’ve moved away, but that core group is still my core group. It’s like that old saying, ‘you can’t make old friends.’” Hunt leans on that sentiment, exemplifying the importance of bringing a new relationship into the mix and comfortability of home.

Hunt has been dropping hints for “Kinfolks” all week with images and lyrics on his socials teeing up the highly-anticipated new release. Currently in the studio finishing up the project expected in the new year, Hunt gave a taste of new music to a packed Bud Light House Party event in Calgary last month, performing the reflective “Sinning With You” with an ecstatic crowd.

Fans have eagerly awaited new music from the record-breaking star since last year’s “Downtown’s Dead,” the follow-up to Hunt’s 6x platinum “Body Like A Back Road,” and his GRAMMY-nominated, triple platinum-selling debut album, Montevallo.