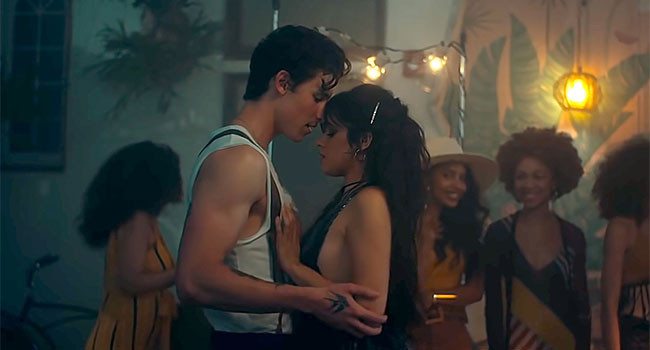 Single continues to break records after second week of release

The track, released on June 21st via Island Records, is still trending No. 1 around the globe. The song achieved instantaneous success worldwide rocketing to No. 1 on Spotify’s Global chart as the biggest single-day debut of a male/female duet ever. It’s also the Highest Chart Debut by a duet in radio history on Mediabase, it’s No. 1 on iTunes in the US and 78 other countries, No. 1 on Apple Music Pop charts and No. 1 on Apple Music’s Top Videos.

Throughout his career, Mendes has achieved three consecutive No. 1 album debuts, two platinum albums, and eight consecutive platinum and multi-platinum singles. Worldwide, he has sold over 16 million albums, 135 million singles, and has amassed over 20 billion song streams and six billion YouTube views. Mendes has completed two sold out world tours with over one million tickets sold, selling out legendary stadiums and arenas including NYC’s Madison Square Garden and London’s O2 Arena in minutes. On his upcoming tour, Shawn Mendes: The Tour, he sold out his first ever stadium show in minutes at Rogers Centre in his hometown of Toronto. The tour began in March 2019, with over 100 dates announced across the UK, Europe, North America, Latin America, Asia and Australia/New Zealand. He topped Billboard’s “21 Under 21” in 2017 and 2018 and has been featured on Forbes “30 Under 30,” Spotify’s “25 Under 25,” and Time Magazine’s “Time 100 Most Influential”. In February 2018, ROI Influencer Media recognized Mendes as the No. 1 Most Influential Artist and No. 1 Most Influential Teen across all social media platforms.

Beginning her official solo career after four years in Fifth Harmony, Cabello released her RIAA 9x platinum smash hit “Havana,” in August 2017 where it obtained the No. 1 spot on the pop radio chart, marking her second top 40 No. 1 as a solo artist. Furthermore, “Havana” hit No. 1 on iTunes overall top songs chart, No. 2 on the Spotify Global chart and hit No. 1 in 80 countries around the world. “Havana” is the first song by a female artist to reach No. 1 on Billboard’s Adult Contemporary, Pop Songs and Rhythmic Songs charts in 22 years, it has earned over 1.1 billion on-demand U.S. streams, according to Nielsen Music, and attained the longest run at No. 1 on Pop Songs for any song by a female artist since 2013. “Havana” became the most streamed song of all time by a female artist and was the number one song of 2018 globally. Her triple-platinum single “Never Be The Same,” was released in January 2018 and peaked in the top 10 of the Billboard Hot 100 chart. Cabello became the first artist in history to have two multi-format No. 1 singles as the first two singles from their debut album. Cabello had previously earned a chart-topping smash with her recent double platinum-certified hit “Bad Things” with MGK. The track generated over 400 million on-demand streams. As a result of its success, she became the fifth female artist to hit No. 1 on the pop songs chart with and without a group. In November 2018, Cabello was named the new ambassador for Save the Children.