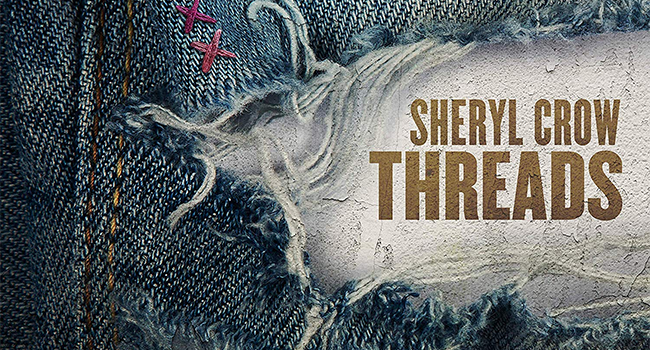 Nine-time GRAMMY Award-winner Sheryl Crow’s forthcoming album of collaborations, Threads, is coming to CD, LP and digital on August 30th on The Valory Music Co. Unveiling the cover art and full track listing across social platforms, she premieres “Still The Good Old Days” featuring Joe Walsh. During a run of European tour dates, she will perform the song on The Graham Norton Show airing tonight (Fri, June 14th) at 10:40 pm GMT on BBC One. Crow shares, “’Still The Good Old Days’ totally captures what Joe and I believe about getting older…that life is still fun no matter what stage of life you are at, and that living isn’t just for the young.”

Further elaborating on the project, Crow reflects, “I became inspired to record an album of musical experiences with the legacy artists who inspired me to want to be a great songwriter, musician, and producer. It is a celebration with them, and a tribute to them. Just as importantly, I wanted to work with younger artists on this record, who I believe will pick up the torch and continue to light the way for humanity with their stories and their songs for many years to come. Their music inspires me every day.”

Crow will traverse the globe throughout the year in support of her new music and career-making sentiments.