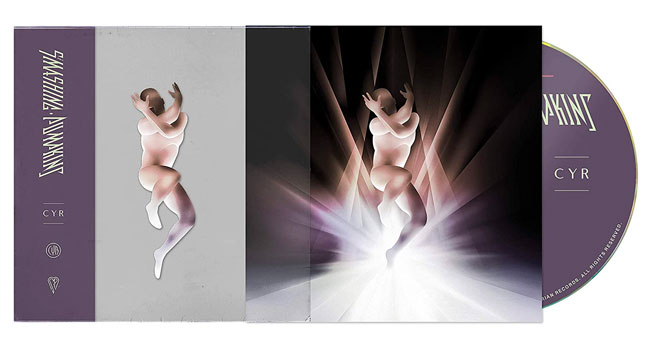 Album is available in multiple configurations

Smashing Pumpkins have announced Cyr will be released on November 27th via Sumerian Records. The double album features 20 tracks including “Cyr” and “The Colour of Love,” which were simultaneously released in August.

The Pumpkins will perform a special virtual show on October 30th for Movember’s Woody Show Birthday Smash. Free tickets will be given to the first 2,400 people who donate $9.87 or more between 10 am PT on October 21st and noon PT on October 30th.

Formed in Chicago, IL in 1988, The Smashing Pumpkins released their heralded debut album Gish in 1991 and found mainstream success with 1993’s 4x multi platinum Siamese Dream and 1995’s 10x multi-platinum Mellon Collie and the Infinite Sadness. With over 30 million albums sold to date, the two-time GRAMMY, MTV VMA, and American Music Award winning band remains one of the most influential alternative rock bands in the world.

Last year, the band hit 16 amphitheaters across North America with Noel Gallagher on their High Flying Birds Tour which featured special guest AFI. Their monumental Shiny And Oh So Bright Tour took place in 2018, which sold over 400,000 tickets across North America and Europe and saw them playing sold out arena shows at venues including The Forum, United Center and Madison Square Garden. The tour was the band’s first in nearly two decades to feature Corgan, Chamberlin and Iha, alongside Schroeder, bassist Jack Bates and keyboardist Katie Cole. Critics were quick to praise the tour as “a massive gift to their fans” (Uproxx), “a welcome reminder of why those early albums resonated in the first place” (SPIN), and “an unforgettably rewarding and often spectacular odyssey” (Forbes).