Spotlighting the quietly influential and legendary sound of Muscle Shoals, Alabama, the new star-studded and definitive homage album — Muscle Shoals…Small Town, Big Sound — will be available at all digital retailers on September 28th via The Muscle Shoals Music Group/Dreamlined Entertainment/BMG. This arrives just in time to celebrate the 60th anniversary of the “Muscle Shoals Sound.”

This once-in-a-lifetime collection unites eras of GRAMMY Award-winning, multi-platinum superstars on one album for the first time. Powerhouse performers such as Steven Tyler, Chris Stapleton, Grace Potter, Alan Jackson, Brent Smith of Shinedown and many others breathe new life into seminal classics by The Rolling Stones, Bob Dylan, Etta James, and more originally birthed in Muscle Shoals throughout the fifties, sixties, and seventies. In order to re-cut these gems, most of the artists made the trek to FAME Studios in Muscle Shoals to record alongside homegrown musicians, channeling the “Muscle Shoals Sound.”

“The sound is one-of-a-kind,” explains Rodney Hall. “When younger artists hear all of the music that came out of here over the past five decades, they want to check it out. This album is special because it brings together artists that have been inspired by the magic of the Muscle Shoals Sound.”

“This record has been a full circle for me,” says Keith Stegall. “It’s the music I grew up on and that impassioned me to become a writer and a record producer and the music to which I owe my love and deepest respect.” 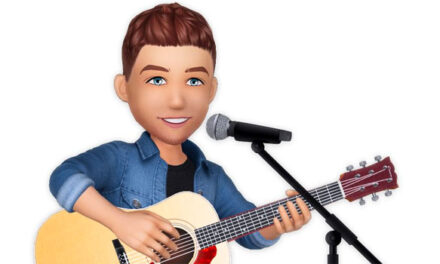