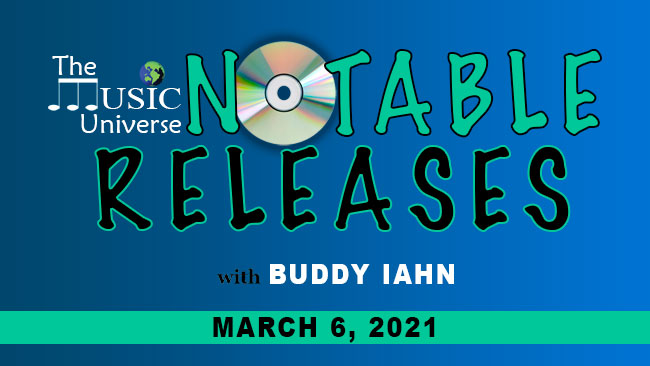 Check out some of the most recently announced albums

Thomas Rhett has announced Country Again, Side A, part one of a double album, will drop on April 30th via Valory Music Group. Teaming up with longtime producers Dann Huff and Jesse Frasure, Rhett co-wrote every song on the project that was inspired by the events of 2020. Fans instantly get “Want It Again” & “Growing Up” with digital pre-orders. Signed CDs are available for a limited time via Rhett’s webstore. Side B is planned for later this year.

Miranda Lambert is teaming up with Jack Ingram and Jon Randall for The Marfa Tapes, available on vinyl and digitally on May 7th. The trio recorded much of the album outdoors in the Marfa, TX, inviting the ambient sounds of the desert to seep into their live, bare bones performances, and the atmosphere is utterly transportive. The 15 track album features ACM Song of the Year “Tin Man” as well as fan favorite “Tequila Does,” with the rest having never been heard before. “In His Arms” is the first single from the project.

The Tom Petty Estate and Warner Records have announced Finding Wildflowers (Alternate Versions) for limited edition gold vinyl (exclusive to Petty’s webstore and indie retail), CD and digital on April 16th with a 2 LP black vinyl dropping May 7th. The tracks were previously released on the limited edition Super Deluxe 9 LP and 5 CD version of 2020’s Wildflowers & All The Rest. The release was curated with help of family, bandmates and collaborators, and features 16 studio recordings of alternate takes, long cuts and jam versions of Wildflowers songs as Petty, band members and co-producer Rick Rubin worked to finalize the album in 1994, which Petty always envisioned as a double album.

A new concert film and album documenting the May 2016 tribute show honoring the late Keith Emerson is set for 2 CD/2 DVD on March 19th via Cherry Red Records with a digital release on March 11th. Fanfare For The Uncommon Man: The Official Keith Emerson Tribute Concert captures the entire two and a half hour event that featured Steve Lukather, Steve Porcaro, Vinnie Colaiuta, Gregg Bissonnette, and many more performing at the El Rey Theatre in Los Angeles. The DVD also features artist interviews, behind-the scenes footage, tribute speeches and a gallery of rare photos provided by the Emerson estate.

John Lennon’s Plastic Ono Band is getting the ultimate deluxe treatment for its 50th anniversary via Universal Music. The album will be released as a 6 CD/2 Blu-ray Audio box set, 2 CD, 2 LP and single CD collection on April 16th with the box set containing 159 tracks that have been newly remixed and remastered in several ways for an immersive experience. The Blu-rays present an array of listening options including high-definition, studio quality 192kHz/24bit audio in stereo and enveloping 5.1 Surround and Dolby Atmos mixes. The set also contains Yoko Ono’s Plastic Ono Band presented in its entirety for the first time ever on Blu-ray Audio.

The Who has announced a super deluxe edition of its 1967 album The Who Sell Out for April 23rd via UMe. The new edition features 112 tracks — 46 of which are unreleased — across 5 CDs and two 7″ singles, an 80-page, hard-back, full-color book, including rare period photos, memorabilia, track-by-track annotation and new sleeve notes by Pete Townshend. The new edition will also be available on 2 CD and as separate 2 LP deluxe stereo and mono vinyl, featuring the original album and extras highlights from box set.

Demon Music Group continues their year-long Bob Mould reissue campaign on April 16th with Distortion: 2008-2019, the third of four vinyl box sets chronicling the his solo career. The set follows Mould through a number of standout records that include some of his most celebrated work including collaborations with Foo Fighters and Butch Walker, as well as the 2019 single “I Don’t Mind” on clear vinyl with an etched B-side. As with the previously released Distortion box sets, each album has been mastered by Jeff Lipton and Maria Rice at Peerless Mastering in Boston and is presented with brand new artwork designed by illustrator Simon Marchner. and pressed on 140-gram clear vinyl with unique splatter effects. The box set includes a 28-page companion booklet featuring liner notes, lyrics and memorabilia.