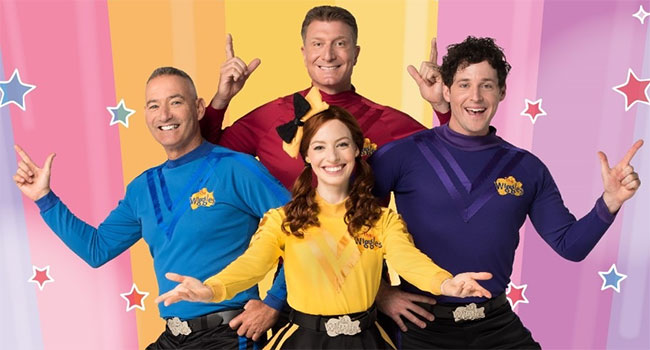 It’s been 28 years since he started what would become the most popular children’s rock band in the world. And Anthony Field still wiggling.

Despite battling a lyme disease co-infection for a number of years, Field is the only original member of The Wiggles still touring

In 1991, Anthony took his Macquaire University studies in Early Childhood Education and merged those tools with his initial success as a teenage musician in the Australian band The Cockroaches. The marriage of quality music with a strong educational backbone worked–more than Anthony or any Wiggle could have hoped.

After two decades with the original Pre-School Fab Four (Greg Page, Yellow Wiggle; Murray Cook Red Wiggle; Jeff Fat, Purple Wiggle; and Field, the Founder, in Blue) Anthony has ushered in a new era of Wiggly stars. “These last seven years with the new Wiggles, they don’t have that anchor of The Cockroaches,” he explains in a recent interview on my talk show.

“So, we’ve really got a different way, but I love where it’s gone. [Lead singer, new Purple Wiggle, Lachlan Gillespie] is really a musical genius.”

Indeed, music has been at the forefront of what has made the Wiggles successful across the globe for generations of children. Never using patronizing melodies or babyish lyrics, the Wiggles honed in on exactly how to talk to their audience.

“We are all about the children’s self-esteem, and making them feel good about themselves,” Field says of the messaging in the music. “We’re all about pro-social values.”

It is obvious in seeing their reaction to her that many children — especially little girls — have found themselves in the group’s newest breakout star, hair bow-clad Yellow Wiggle Emma Watkins, who ballet danced her way into children’s hearts everywhere. “I think children coming to the show have a real role model now,” says Field.

“The only difference today is that children don’t tend to get out and play much anymore. They get all the old iPhones from an early age. That’s the challenge for the parents, because we encourage the kids to get up and dance. But, [it’s a double edged sword] because that technology has made us that much more accessible.”

If your children wish to get up and dance with the Wiggles, they are currently on tour in the US, with dates upcoming on the East Coast. And this time, The Wiggles are doing it bigger than ever: bringing their full live backing band in from Australia for the Party Time Tour.

During our interview, Anthony spoke of the challenges of touring with a new line-up.

“Canada has become really, really strong for The Wiggles. In the States, in the golden era [with the original line-up] when we were playing Madison Square Garden, we were on the Disney Channel four times a day.

“We don’t have the same coverage these days, but there’s still enough people in America that know the Wiggles from YouTube, or their brothers and sisters, or their moms and dads putting them on. And because of that, we can tour around and still have very, very healthy crowds. Hopefully we’ll get some more TV one day in the States.”

For sure, each generation has **their** Wiggles. Speaking personally, was the ‘OG’ line-up with Greg, Murray, Anthony, and Jeff. The generation after me knew Sam Moran in the Yellow Skivvy, when Greg stepped away to get his Orthostatic Intolerance under control. He then returned for a final hurrah in the early part of this decade, before retiring along with his Red and Purple-clad counterparts.

But for this generation of children, there is no “they were” to be had. To the tots in the audience today, dancer Emma Watkins (Yellow) lead vocalist Lachlan Gillespie (Purple), opera-trained Simon Pryce (Red), and original member Anthony Field are The Wiggles, thank you very much.

And to the parents who take these kids to the shows — most of them the elder of my generation — it’s apparent that a small part of the band’s continuing appeal is the freshness of this newer lineup, plus that little bit of nostalgia feeling that makes one truly understand what it means to live through the eyes of children.

The Wiggles tour the Midwestern and Eastern United States, as well as throughout Canada during the rest of the Summer.